WorldPay, a major payment processing company, has received a hefty fine from Colorado’s Division of Gaming. The company’s fault is that it kept operating for two weeks after past the expiry date of its license.

WorldPay Operated without a License

WorldPay’s license was set to expire on April 2 this year. The Colorado Division of Gaming said that it contacted the company multiple times since October 2021, informing its license will expire and it would need to reapply. However, WorldPay never responded to the messages.

When April 2 finally arrived, WorldPay didn’t immediately cease processing money in the Centennial State. By April 12, the Division of Gaming had successfully contacted WorldPay. Even then, the latter company did not begin an immediate process to pull back from the Colorado market.

As result, the Division of Gaming had no choice but to notify sports betting operators using WorldPay’s services that the provider no longer holds a license. WorldPay eventually ceased operations on April 15. In total, the company had operated without a license for 13 days and had processed almost $10 million, earning $14,737 in fees.

As WorldPay stopped working, it affected several operators’ businesses. This includes a total of 21 sportsbooks, including Barstool, Betfred, BetMGM, Caesars, DraftKings, FanDuel and Wynn among others.

WorldPay Will Not Allow this to Happen Again

The state regulators approved WorldPay’s reapplication for a license on April 21. Still, the payment company will have to pay a big fine for breaching the rules. It will also have to review its licensing protocols and submit a plan to the Division of Gaming to avoid future problems.

The Division of Gaming decided to fine WorldPay $10,000 for each day it operated without a license, totaling $130,000. WorldPay will pay half of that within 10 days of when the Colorado Limited Gaming Control Commission signs the agreement. The other half will be “held in abeyance” for two years and will be paid only if WorldPay violates another law.

Joseph Watkins, a spokesperson for WorldPay, reassured the regulators that his company did not participate in any illegal activities. He said that the only problem was WorldPay’s failure to renew its license on time.

Despite not taking part in any other criminal activity, the company was still in breach of the law. Richard Nathan, chairman of the LGCC, emphasized that the company knowingly continued to operate without a license. This, he said, is a more severe issue than a mere administrative matter, as Watkins had alleged.

Watkins admitted that his company was out of line and promised that this will never happen again. 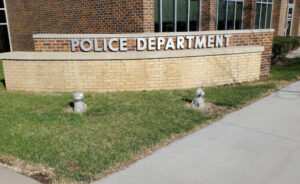 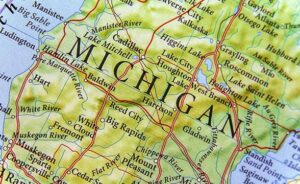