The heated discussion surrounding cashless cards continues, with multiple conflicting interests clouding it. Many believe that since the recommendation came from the NSW Crime Commission it should be a no-brainer to simply move forward with it but that’s not what happens in reality.

A recent report by The Guardian outlined how unhappy representative industry body ClubsNSW was with the proposed introduction of cashless payment cards for on-site gambling at pokies, for example. According to the report, ClubsNSW believes cashless cards will have a negative impact on punters and will fail in addressing the core of the problem with anti-money laundering (AML).

NSW premier Dominic Perrottet, wanted to move forward with implementing cashless cards fast, while also collaborating with the industry, and working with it, instead of against it. ClubsNSW’s viewpoint could not be anything further than that, as it was reported saying that this would make punters feel like criminals.

The main argument that ClubsNSW posed was that pokies aren’t the only place where illegal money was spent. Implementing cashless cards would only solve part of the AML problem but would do so by also causing some harm to the players not involved in criminal activities.

ClubsNSW chief executive officer Josh Landis even went as far as saying that all crimes could be solved by locking everyone in their homes but that’s not what’s happening because Australia is not a police state. While this is obvious hyperbole, Landis added that by the same logic not all players should be treated as criminals, and called for more sensible and proportionate measures.

In October the NSW Crime Commission (NSWCC) issued eight recommendations on how to improve gambling regulation, and cashless payment cards were one of them. On the surface, this made sense – the NSWCC found that approximately AU$95 billion of “dirty” cash was being poured into poker machines in clubs and pubs each year. It went as far as calling NSW “the gambling capital of Australia”.

Cashless cards and their implementation sparked a heated discussion among MPs, and ClubsNSW’s lobbying efforts against them did not go unnoticed, with Alex Greenwich – Sydney’s independent MP – scrutinizing it over its lobbying. According to Greenwich, the proposal should be relatively easy to accept, as it comes from NSWCC itself, and stressed that there’s no way ClubsNSW could be impartial on the matter.

Politicians are well divided on the topic, even after so much time has passed, with NSWCC’s recommendations facing some stiff opposition in parliament. The division is so obvious, that even though the state’s premier supports cashless cards, Paul Toole – the NSW deputy premier – was erring more on the opposing side, citing that he thought the technology wasn’t ready yet. This was largely regarded as refuted by Charles Livingstone – professor at Monash University’s School of Public Health and Preventive Medicine – who managed to provide multiple examples of the model working in other jurisdictions. 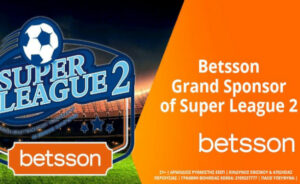 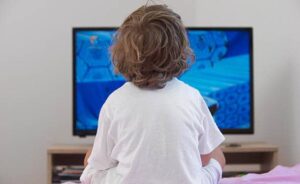 Casino November 7, 2022
Children's Data Was Used by Gambling Companies in the UK