While many expected people to mistrust the crypto market after FTX’s collapse, statistics show that betting with cryptocurrencies is still going strong. Crypto wagering platform Cloudbet reported a record-high number of bets amid the FIFA World Cup.

The fall of FTX caused many people around the world to mistrust cryptocurrencies and even regard them as a “scam.” Even prior to that, the price of many crypto coins had been steadily declining, with Bitcoin’s price now around $17,000.

Yet, many people still seem keen on using Cloudbet and its crypto betting offerings, much to the relief of the platform. A spokesperson admitted that Cloudbet’s team was somewhat concerned about the crypto market following the collapse of FTX. However, it seems like interest in crypto is still very high among bettors.

The World Cup Reinvigorated the Sector

The spokesperson emphasized that the FIFA World Cup in Qatar has reinvigorated the crypto betting sector by once again inspiring punters and traders to play. In addition, a lot of people show interest in more unfamiliar blockchains like TRON. In fact, TRON users bet the most money out of all Cloudbet players, the platform reported.

Cloudbet attributed the interest in TRON to stablecoins, which are usually much more secure than their volatile counterparts. Stablecoins are often backed by assets and have a measurable value, making them less risky and more attractive to players in the wake of FTX’s collapse.

As reported by Cloudbet, the next most popular blockchains were BNB Smart Chain, Ethereum and Bitcoin.

Cloudbet Has a Winning Strategy

Cloudbet reported that the lack of interest in crypto wasn’t its only concern ahead of the FIFA season. The operator believed that this year’s event might turn some people off because FIFA decided to host it in Qatar. In addition, some of FIFA’s other decisions seemed to disappoint fans and, as a result, Cloudbet expected low betting volumes. Luckily, the World Cup’s popularity was enough to make up for FIFA’s shortcomings and revitalize the crypto betting sector.

All and all, Cloudbet’s tactic for the soccer season seems to be working very well. The operator has seen handle double amid the tournament and volume will likely only go up as the finals approach. Cloudbet explained that its main strategy was to use a word-of-mouth system of referrals, allowing players to earn loyalty point commissions on bets made by their friends. 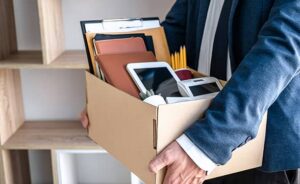 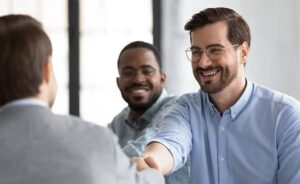 Blockchain January 26, 2023
Irish Top Banking Official Likens Crypto to Gambling
We use cookies to optimize your experience. If you continue to browse this site, you agree to this use.Confirm