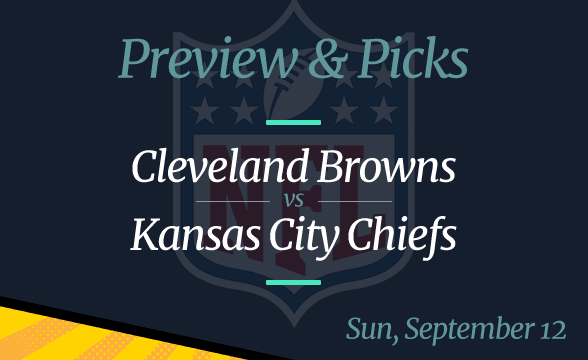 The Kansas City Chiefs are the top favorites to win the Super Bowl LVI next February. They did it two years ago and were very close to winning back-to-back Super Bowls last season, but the Tampa Bay Buccaneers crushed their dreams.

The Chiefs are also favored to be the team with the best record in the regular season, with some pundits even suggesting they could go 17-0 in 2021. The odds on such a scenario are currently +3300. If they’re going to do it, they’d need to beat the Cleveland Browns in Week 1.

So, will they? The short answer is: yes! For a more elaborate answer, keep on reading!

Where and When to Watch Cardinals vs Titans?

It’s All About Patrick Mahomes

He’s arguably the best quarterback in the NFL at the moment. In fact, Mahomes has probably been the best for several years now, starting with the 2018 season when he won the NFL MVP award.

Speaking of which, he’s the main favorite to win it in 2021, with the odds being in the ballpark of +500. In comparison, the last season’s MVP, Aaron Rodgers, who’s currently the second favorite, is priced at +1000.

Mahomes is expected to shine in 2021, probably from the very beginning of the season. The guy’s turning 26 in a few days’ time (September 17), which seems to be the best age for him to get involved in the race for the GOAT status.

No Win for the Browns Against the Chiefs in Nine Years

The Chiefs won the previous four games against the Browns. The last time the Cleveland team beat them was in 2012 when most of the Browns’ crucial players were still in high school.

Speaking of their key men, it seems that everything’s revolving around quarterback Baker Mayfield and his favorite target, wide receiver, Odell Beckham Jr.

Last season, Mayfield made 26 touchdown passes, almost singlehandedly taking the Browns to the postseason. Odell Beckham Jr. would’ve played an important role as well, but he spent 11 games off the field due to an injury (nine regular-season games and two playoff games).

The good news for the Browns is that he’s back, which means that this team is going to be much, much dangerous in the offense than before. Does this mean they should hope for a win against the Chiefs?

Well, no… Even though it’s very likely they will score a couple of touchdowns, it’s almost certain that the Mahomes-led Chiefs offense will score even more. That said, we expect the Browns vs Chiefs game to be a high-scoring affair, probably with more than 53 points in total.

Sports Betting to Launch in Arizona Despite Yavapai-Prescott Opposition

Greentube, the Novomatic Interactive division, has entered a new partnership that will allow it to distribute its social gaming content. To this end, Greentube is collaborating with GameAccount Network (GAN), which will allow the company to deploy its offering to more consumers in the United States. Greentube Set to Expand on US Market with GAN […]

DraftKings is not slowing down. The company spent $1.2 billion on various marketing initiatives in 2021. It secured a $6.5-million 30-second ad spot for the upcoming Super Bowl LVI and is present in 18 regulated gambling states in the US Washington would make the 19th market entry. DraftKings Enters Washington for More Retail Betting Now, […]

The Super Bowl’s ad spots have been desired airtime, but one that costs more than a pretty penny. At the cost of around$6 million for a 30-second spot, there aren’t many companies who are convinced that this is the best way to spend their money on marketing. DraftKings, though, wants to believe, and they remain […]

Missouri is one of the states that has yet to legalize gambling. However, that could change quickly, as several sports betting bills have been introduced to the state legislature. Fifteen days into the session, there’s still a long way to go, but sports teams are hoping they can fuel legalization. Sports Betting Legislation Appears in […]

The United States is not slowing down so far as bettors go. In fact, despite the challenging regulatory climate and social distress brought on by the pandemic, the number of sports gamblers in the United States has doubled over the past 12 months, showing that entertainment remains an important aspect of daily lives to many […]

Sports betting is big business everywhere, especially in New Jersey. Two big events coming up are always huge opportunities for sportsbooks, with the NFL Super Bowl and NCAA Men’s Basketball’s March Madness huge betting events. It may have missed the first one, but Atlantic City’s Ocean Casino hopes to make the most out of the […]

Parx Casino to Add New Ground to Its Pennsylvania Footprint

Parx Casino’s gaming operations in Bensalem, PA, have been doing really well. The casino constantly sees a flurry of traffic and, as the COVID-19 pandemic slowly recedes, better days are still to come. The only downside to the casino is that it doesn’t offer any type of on-site accommodations. That could soon change, as Parx […]