Shortchanging is when somebody is cheating by giving back less change than the transaction requires, so usually, we’re talking about a few cents or a few bucks at the very most. However, when it’s on the scale of an MGM gambling hall, that could mean potentially millions of dollars, as a new class action lawsuit against the operator alleges.

According to information publicly available on classaction.org, on Wednesday, September 21, a New Orleans resident that goes by the name of Leane Scherer filed a class action lawsuit against MGM Resorts International in the US District Court for the Southern District of Mississippi. She is claiming that by shortchanging slot machine players who are ready to cash out, MGM has acquired “millions of dollars” in profits in the filing, and in her case, she has contributed 19 cents. According to the filing, MGM has failed to “put an average player on reasonable notice” about the player’s ability to exchange a TRU ticket for cash at the cashier’s desk. Scherer argues that the casino effectively charges a tax on its players by failing to explain its cash-out system clearly.

And when you think about how MGM does cash out, it does raise your eyebrows. So, when a player decides to cash out, one of two things usually happens – either coin start being dispensed at the machine – that is usually the case with older models, or a voucher is generated. The amount that the player should receive from the casino is indicated on that voucher. And vouchers can be redeemed at kiosks, however, according to Scherer, the automated kiosks at MGM don’t pay out that exact change – instead, the kiosks round down to the nearest dollar, and pay that amount in cash instead. No coins at kiosks was a widely spread trend borne from the coin shortage during the COVID-19 pandemic, and operators tackled the problem by making sure that the that’s not available at the kiosk, should be available to cash out at the cage. Not the case with MGM, apparently.

So, a player by the name of Leane Scherer decided to go and spend $40 at the penny slot machine on Beau Rivage’s casino floor. The machine has a “Cash Out” button – as most new models do – and Scherer decides to push it when her balance is sitting at $18.19. Her voucher has that exact amount on the ticket – $18.19, however, the kiosk only pays out only $18, and then generates a TRU ticket for $0.19, but without information on what was going on, she just left the casino, and her 19 cents were burned after the 30-day period expired. According to the filing, Scherer has played at other casinos on the same day and received her exact change from the kiosk at their gaming halls, which obviously makes her misled at MGM.

This is all relatively standard, however, and it’s not really just MGM that was suffering from the shortage, or that has automated kiosks that don’t give out change. It’s just that when automated kiosks do generate a TRU ticket, it usually instructs the player to go to a cashier’s desk to receive the amount remaining in the player’s balance. According to Scherer, MGM was far less forthcoming with its own TRU tickets and the amount of helpful information on it was apparently insufficiently useful in helping the player understand how they can redeem the rest of their money. Adding to that, there are also no descriptors or signs near or at the kiosks that inform the players that the machines do not give out change and round down to the nearest dollar.

Such signs, as well as instructions to go cash out the TRU ticket at a cashier’s desk, are considered almost standard and many casinos have implemented that useful information in their cash-out process at every possible step of it. The filing has a complete citation of what is written out on an MGM TRU ticket and it paints a rather worrying picture. Indeed, there are no mentions of even being able to use the TRU ticket at a cashier’s desk to redeem the remaining amount of the player’s money. Instead, there’s a long list of switching liabilities for lost tickets or funds, and it’s only valid at the casino that’s issued it for a period of 30 days.

This is obviously oversimplifying the text, but what’s more important, is that there are no visible indications that the ticket can be exchanged, let alone instructions on how and where to do it. As a result, the filing aims to represent not just her case, but all players who’ve visited an MGM-operated casino since Sept. 19, 2012, and have been “robbed” of their change in the same way. Depending on how this case develops, we might be faced with the most expensive 19 cents a company has ever had to pay out. 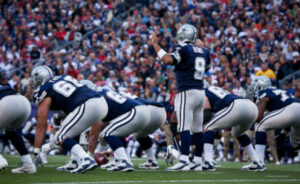 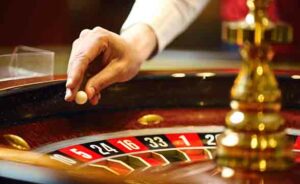