Supercell are publishing Clash Royale Season 2 on August 5, introducing a number of new tiers to explore and changes to the balance of cards.

Clash Royale, one of the world’s most competitive mobile esports titles is returning today, August 5, with Season 2 and tons of new emotes, fresh skins and changes to the balance of the game. Players looking for something new will enjoy the Shipwrecked arena, a new battlefield which will host most clashes moving forward.

With 35 new tiers to unlock, Supercell have done their best to keep you entertained throughout the summer. Plus, there is a distinct holiday vibe around the entire game and a new tower skin only contributes to that effect.

Players will have to work a little longer to obtain the skin though, with the cosmetic detail only becoming available once you have unlocked Tier 30. The King will also get a face lift with a special icon added to the gameplay.

Once a player has reached Tier 35, they will be allocated a legendary card. All that time, you will have a chance to reap the benefits of the Pass Royale, which will bestow you with gold and treasure chests along the way. There is a bunch of new cards coming as well, including:

Meanwhile, it’s probably a good idea to hurry up and claim your rewards already as Season 1 is drawing to a well-deserved end.

A Few Tweaks in the Balance

Fine-tuning the mobile experience has always been part of Supercell’s mission. This is why the company will now introduce several necessary changes to the game as well, creating opportunities for players to use old cards in new ways.

The Magic Archer and P.E.K.K.A. will be tweaked a little whereas the Fisherman will be boosted to make an ever bigger splash. Similarly, the The Lumberjack, Barbarian Barrel, and Valkyrie will get toned down a little to provide a better overall balance now that Clash Royale stands for one of the most-played mobile esports titles.

Clash Royale is not the sole contender for the most played mobile esports game, however. ESL recently announced a competition in Arena of Valor, the anglicized version of Chinese mobile blockbuster Honor of Kings.

The AoV event will feature participants from Singapore, Malaysia and the Philippines for a chance to compete in the global event. Meanwhile, Clash Royale has been featured in numerous tournaments, including ESL and the World Cyber Games (WCG).

Mobile gaming is expanding at a rapid clip Sensor Tower and Newzoo have been reporting. Not only that, but competitive games for handheld devices are also building up nicely as a percentage of all available titles.

Another upside is the fact that female gamers engage more readily with mobile esports, which means an entirely different demographic could be dominating mobile esports before long. 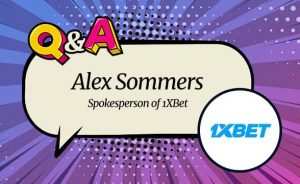