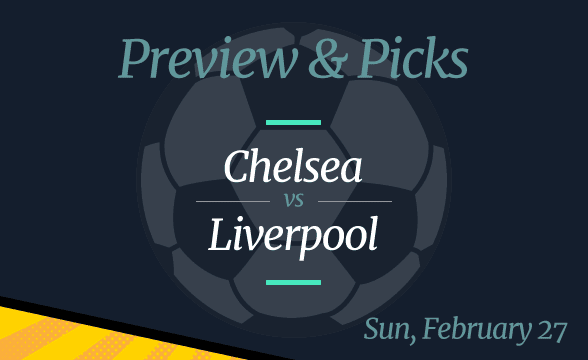 Wembley Stadium in London is where Chelsea and Liverpool will battle for the English Football League (EFL) Cup on Sunday afternoon local time. In this preview, we’ll analyze each team’s chances, dissect the odds, and share our top betting tips. So, let’s start!

All odds are per FanDuel as of February 25.

Chelsea Looking for the Second Trophy This Month

The Blues have been fantastic since the start of the month, with all six straight wins. Two of those did happen after extra time, one being the 2-1 win over Palmeiras in the final of the FIFA Club World Cup. By beating the Brazilian team, Chelsea became the champion of the world.

Can the Blues get another silverware this month? Oddsmakers don’t seem to think so, but Chelsea does have players on the roster who definitely have the quality to beat Liverpool. Proof of this is that they don’t know of defeat against this opponent in their previous three duels.

Further, most of Chelsea’s key men are fit and ready for Sunday’s game. Considering that their schedule isn’t too harsh in the next couple of weeks, we could see the Blues giving their utmost at Wembley.

The Reds have been playing terrific soccer since the start of the year. Evidence of this is that they’re on a nine-win run at the moment during which they defeated such heavyweights as Arsenal and Leicester in the Premier League, as well as Inter in the Champions League.

The most impressive thing about their run is that it’s not the work of one or a few men. Instead, their success comes from a team effort. Still, there are a couple of players who’ve been standing out from the crowd. One of them is Brazilian midfielder Fabinho who scored five of his six goals within the last two months.

Attack, however, remains Liverpool’s strongest weapon. Mohamed Salah is there to lead the charge, together with Sadio Mane. Unfortunately for the Reds, Diogo Jota is injured, but coach Jurgen Klopp surely has plenty of replacements for him.

Knowing all this, one can only assume we’re going to witness a real spectacle on Sunday, probably with plenty of goals on both ends. But who’s going to win? Although we could see a draw in the regulation, Chelsea seems like the team that’s more likely to get ahold of the trophy.

Picks: Chelsea to Win; Over 2.5 Goals 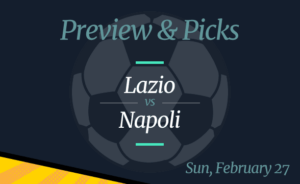 Next Article
Sports February 25, 2022
Di Loreto Steps Down from His Position as Nueva Codere’s CEO