The 2022-23 Premier League has already brought us many memorable moments, including instances of huge underdogs beating big favorites. Last weekend, for example, we saw Leeds destroy Chelsea 3-0 in a game in which the London Blues were -200 favorites.

A week later, Thomas Tuchel’s boys are once again in the role of the favorite. This time, it’s against Leicester City, a team that’s arguably even trickier than Chelsea’s previous opponent. Are the oddsmakers right to think of Chelsea as the favorite?

The Blues Need a Win

Before the start of the 2022-23 season, Chelsea was one of the top favorites to win the title. Sure, Manchester City and Liverpool were the top two candidates, but Tuchel’s team was seen as one of the possible dark horses. However, based on what we’ve seen from them so far, the title dream seems to be already over.

They were okay in the opening round, playing 2-2 with Tottenham. Still, knowing that the game was played on Chelsea’s turf, it’s no surprise that some of their fans felt disappointed with the draw. This goes especially because Chelsea was the dominant side in that game, keeping the ball in their possession for nearly two-thirds of the time and making almost 50% more goal chances than Tottenham.

However, the level of disappointment produced by the draw with Tottenham is nothing compared to what happened after Round 2. Last Sunday, Chelsea got blown out by Leeds 3-0 despite starting the game as huge favorites.

Everything went sideways for the Blues in that game. Their goalie Edouard Mendy is to blame for the first goal which came after he lost the ball while trying to dribble past Leeds’ winger Brenden Aaronson. Chelsea’s defenders are to blame for the other two goals, which happened after they failed to mark the opposition players.

It’s not just that the Blues were horrendous at the back; their offensive actions also seemed anemic. Chelsea did make 14 goal attempts, but only three of those were actually directed toward the net.

Chelsea’s shocking loss was what marked the EPL Round 2. However, a few more upsets happened that weekend. One of those is the upset made by Southampton who beat Leicester City 2-1 on the road. It was the second straight loss for the Foxes after a 4-2 defeat to Arsenal in London in Round 1.

In Round 3, they’re traveling to London again, this time to Stamford Bridge to take on Chelsea. That’s the place where they got just two Premier League wins since the establishment of the competition in the early 1990s.

Actually, the Foxes are very bad when playing on the road, regardless of who the opponent might be. Last season, they went 4-6-9 in away games with a score differential of 28-36. That made them the sixth-worst away team in the Prem.

Both teams are desperate for points, but for Chelsea, this is a must-win game. The Blues just need to win all three points on Saturday. They got the manpower to do it, not to mention that their fans are going to give them fantastic support from the stands of Stamford Bridge.

Picks: Chelsea to win; over 2.5 goals 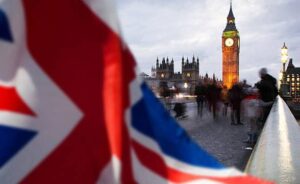 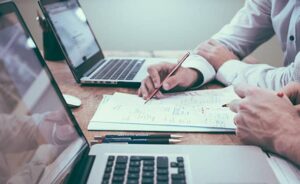