Chelsea FC has been known to enjoy cryptocurrency sponsorships. The Blues have had a few similar arrangements with crypto companies in the past, but their latest one features cryptocurrency trading platform WhaleFin which will appear on the team’s jerseys next season.

Cryptocurrency companies have made big headlines in British soccer and beyond with Coinbase and FTX airing commercials during the Super Bowl in February, and companies actively looking to display their logos and brands through soccer tie-ups in the United Kingdom and globally.

The re-regulation of the industry may pump the breaks on this, though, as gambling partnerships may be restricted to soccer clubs and while cryptocurrency trading platforms are not gambling, they are also treading on thin ice in light of the upcoming regulatory review. According to Sky News, the deal between WhaleFin and Chelsea FC amounts to £20 million or $24.46 million per season.

WhaleFin is also ousting Hyundai as the company’s shirt sponsor and the transaction comes at a time when the club is still veering from the surprise exit of Roman Abramovich, a Russian oligarch close to President Vladimir Putin who has come under heavy sanctions from the west.

The team found itself losing partners, including Parimatch, which cut ties with the Blues due to the club’s involvement with Roman Abramovich. Jurgen Klopp, Liverpool FC’s manager, commented on the fraught relationship between clubs and their sponsors, and rhetorically asked “Did we ever care where the money was coming from?”

Realizing the Full Potential of Crypto

Parimatch did issue a thank you note to Chelsea recently, as the Blues donated to the company’s campaign to support Ukraine’s army and humanitarian effort in the war against Russia. Meanwhile, Chelsea CF CEO Guy Laurence is confident that the partnership is a good step forward for the club:

“This sponsorship aligns us with one of the most advanced digital asset companies in the world. Amber Group will have the ability, not only to talk to Chelsea’s hundreds of millions of supporters, but also to be seen by the billions who tune into the Premier League every season.”

Chelsea FC can use the new funding as its financial year for the 2020-2021 period posted losses totaling £153.4 million ($187.65 million). The club is also being acquired by a consortium led by billionaire Todd Boehly. Boehly also has a stake in DraftKings. He is not the only investor that attempted to buy the assets.

Binance, an established crypto exchange, tried to start a dialogue with Raine Group, the advisor who was consulting Chelsea FC on finding a new owner at the time, but the efforts to have a meaningful conversation about a potential buyout came short. 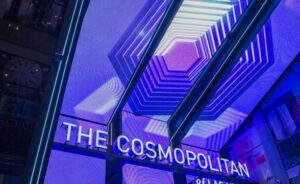 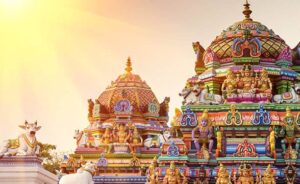