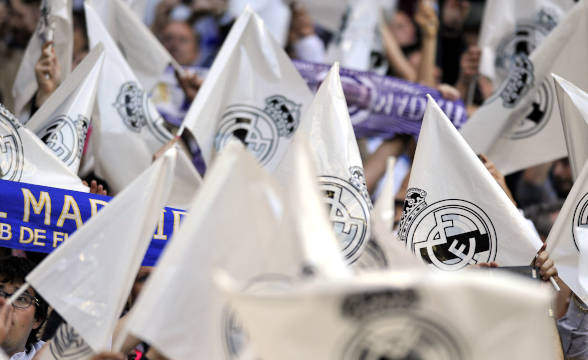 It’s time for the 2022-23 UEFA Champions League! The first round of the group phase kicks off on Tuesday, September 6. Eight games are on the program that day and the one that’s caught our attention is Celtic vs Real Madrid.

The reason why we decided to analyze this game and share our top picks with you is that this game features the reigning Champions League champ, Real Madrid. Knowing that Los Blancos are the title holders, it’s no surprise that online sportsbooks favor them to win on Tuesday. However, the odds have started moving against them over the last couple of days, suggesting that bettors do have a good opinion of Celtic.

The probable reason why they have faith in the Hoops is that the Celtic vs Real Madrid game is played at Celtic Park in Glasgow, Scotland. That’s where the boys in green have suffered only one loss since September 2021.

Scotland’s largest soccer stadium – Celtic Park – has a capacity of 60,411 seats, most of which will be occupied by Celtic fans. In fact, only a few thousand tickets are allocated to Real Madrid fans.

With their fans in the stands, the Hoops are expected to give their utmost on the pitch. The question is whether their utmost is good enough for Real Madrid. We can’t say for sure as these two have played only once in Glasgow. It happened back in 1980 when the hosts won 2-0.

What we can say for sure is that Celtic is great at home. These guys are coming off a blowout win over their arch-rivals, Glasgow Rangers. The game in question took place on Saturday and it saw the Hoops win 4-0. It was their 13th home win in competitive games in 2022. They’ve also played a draw on one occasion this year, while also losing one match.

Real Madrid has nothing but wins since the start of the 2022 campaign. After returning from the summer break, Los Blancos beat Eintracht Frankfurt 2-0 in the UEFA Super Cup on August 10. Four days later, the new season of the Spanish La Liga started, and they beat Almeria 2-1 in the opener.

From there, they went on to win another three games in the domestic league. The teams they defeated are, namely, Celta Vigo (4-1), Espanyol (3-1), and Real Betis (2-1).

As you can see, Los Blancos have been brilliant in the offense, scoring at least two goals in every single game in the last three weeks. They did, however, concede a goal in each of their previous four games. Maybe the same is going to happen in the fifth as well?

It would be crazy not to back Real Madrid in this game. Carlo Ancelotti’s men just love to play in the Champions League, which is why anything but a win over Celtic would be a huge surprise. Still, we think the Celtic vs Real Madrid game is going to be a real battle, which could see goals on both ends.