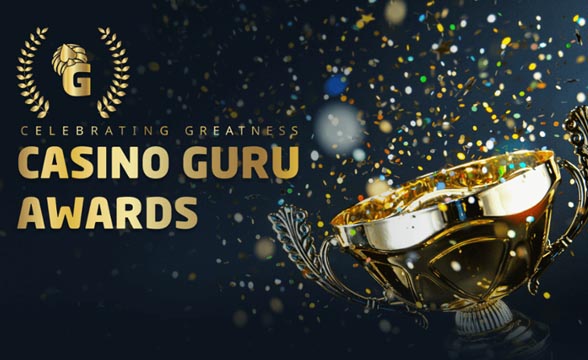 Casino Guru, the world’s most complex independent online casino resource, has unveiled Casino Guru Awards. The casino specialist plans to award the most responsible casinos with awards in several categories.

Casino Guru is a trendsetter when it comes to responsible gambling and consumer education. Not only does it offer a rich selection of gambling education materials but it also has a global self-exclusion scheme people can use to get their habits under control.

As a self-proclaimed “gambling industry custodian,” Casino Guru will award the operators it deems to be the most committed to safer gaming. Through the first iteration of the Casino Guru Awards, the custodian will raise awareness of the new initiative to promote responsible gambling to a broader audience.

Companies can sign up for the awards by the end of November this year. Casino Guru promised that a fair and transparent process will be used to judge the companies. The judges will be picked among the most esteemed companies and safer gaming specialists in the sector, including Kindred, Betsson, Gamban, Epic Risk Management and Gordon Moody among others. The jury will also include fifteen external judges and five of Casino Guru’s in-house specialists.

In December, the gaming custodian will publish a shortlist with the results. Two months later, Casino Guru will hold an official ceremony where it will solemnly award the winners.

Casino Guru has established several categories for its awards. The first one is “The Fairest Bonus Policy” which will see whether a company has a fair, transparent and compliant approach when it comes to bonuses.

The second category is “The Fairest General T&Cs” which, evidently, will evaluate operators’ T&Cs when it comes to protecting customers from harm. Casino Guru and the other judges will carefully examine whether companies have hidden rules that may harm players.

The last award that the judges will vote on is “The Most Effective Handling Complaints.” This category will check which company is the most responsive to the hurdles of its customers.

There will be an additional category called “The Voice of the People” that will be decided by the players instead of the judges. Casino enthusiasts can hop on Casino Guru’s website and vote for their favorite company.

“Consumer Safety Can Always Be Improved On”

Daniela Kianicová, Casino Guru’s PR and external relations lead, spoke about the new initiative. According to her, Casino Guru Awards is a natural continuation of the custodian’s efforts to make gambling healthier. Kianicová pointed out that her team wants gambling to be safer, fairer and more transparent. She added that her team believes consumer safety can always be improved.

Our commitment to safer and responsible gambling is unflinching and I am honored to have the opportunity to work alongside the industry’s most distinct professionals to make gambling safer for players.

Kianicová concluded that the Casino Guru Awards initiative aims to become a benchmark for companies in the industry.