Camelot and ITV inked a new sponsorship agreement. As a result of the collaboration, starting from December 19, the National Lottery operator will sponsor the most popular Saturday night shows by ITV – The Masked Singer, The Voice UK, and Ant & Dec’s Saturday Night Takeaway.

This sponsorship agreement marks the first time that all three shows have been sponsored by one brand. The sponsorship for the shows will commence on December 19 and will continue for three months every Saturday night.

According to Camelot’s statement, the exclusive deal will bring “a number of amusing, larger-than-life idents” created by the world-famous animation studio Aardman. Furthermore, the exclusive idents will be visible on the ITV Hub and the age-gated version of The Voice UK app, as well as The National Lottery’s and ITV’s owned channels.

The Sponsorship Comes during a Gambling Law Overhaul in UK

The latest sponsorship agreement comes at a time when the UK government has just announced the launch of the review of the gambling laws in the country. Launched earlier this week, a call for evidence will run for 16 weeks as the Government wants to determine if the gambling laws are fit for the digital age.

The Sponsorship Is a Fantastic Fit, Says Camelot’s CMO

Keith Moor, Camelot’s Chief Marketing Officer, revealed that the National Lottery has been making Saturday night more entertaining for the last 26 years. Besides providing “a moment of anticipation“, the Lottery has helped in raising approximately £30 million each week for Lottery-funded good causes. Furthermore, Moor stressed that the shows are some of ITV’s flagships with some of the biggest audiences, which makes the sponsorship “a fantastic fit”.

With that in mind, the agreement between Camelot and ITV Commercial was negotiated and will be managed by the leading media agency, Vizeum. On the other hand, Adam & Eve has led the creative strategy and will work together with ITV Creative for the production and integration of the sponsorship deal.

In a statement, Mark Trinder, Director of Commercial Sales and Partnerships at ITV said that the company welcomes on board the new sponsor Camelot for the innovative partnership “that will put all the titans of Saturday night TV under one sponsorship umbrella“. Furthermore, he outlined that Saturday nights on ITV have “come to define quintessential family entertainment“. 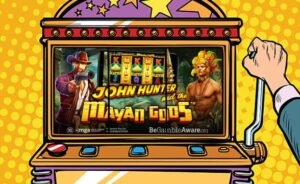