A small coastal town in California is the place where a multimillion-dollar-winning Powerball ticket from yesterday’s draw was sold, officials at the Multi-State Lottery Association have announced.

The ticket matching the winning five numbers and the Powerball number from Monday, October 4 draw, was sold at an Albertsons grocery store in Morro Bay, a coastal town in San Luis Obispo County, roughly halfway between Los Angeles and San Francisco.

The jackpot accumulated following a record streak dating back to June 5 of 40 consecutive draws without a grand prize winner, to reach an amount comparable to the $731.1 million prize won on January 20. The fact that since August 23, drawings are held three times a week also contributed to the latest jackpot amount.

The winner from the small coastal town, who will not remain anonymous since California does not allow anonymity for lottery winners, will have to choose one of two options: to receive the winning in one lump sum payment of $496 million, or to have the amount after tax in annual installments for the next 29 years. California is also one of only nine states, along with Delaware, Florida, New Hampshire, South Dakota, Texas, Tennessee, Wyoming and Washington, that do not subject lottery proceeds to a state tax.

In both cases, a 37% federal tax will be applied to the winnings to draw them down to $312.5 million in case of the one-time payment, or around $14.7 million per year if the winner chooses the installments plan, which will ensure a higher total of $441.9 million.

Either way, the lucky winner will become a celebrity in the town of roughly 10,600 residents, most of which rely on tourists to come and see the town’s volcanic plug, Morro Rock, dating back 23 million years and enjoy the beaches. Besides on tourism, the small town known as the “Gibraltar of the Pacific” relies on commercial fishing.

In addition to the jackpot-winning ticket, the Monday night Powerball draw saw five tickets matching all five white balls, with one of these ticket buyers having opted for the $1 Power Play add-on and will double the winning from $1 million to $2 million.

The draw also generated 49 tickets winning the next in rank prize, $50,000, for matching four out of the five white balls, but nearly half of the ticket buyers, 22, opted for the add-on and will have their winnings doubled to $100,000.

Powerball, which offers a 1 in 292.2 million chance at matching all six balls, is featured across 45 states plus Washington, D.C., Puerto Rico and the U.S. Virgin Islands. 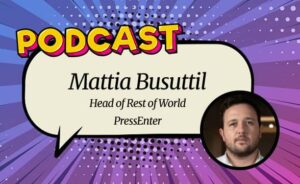