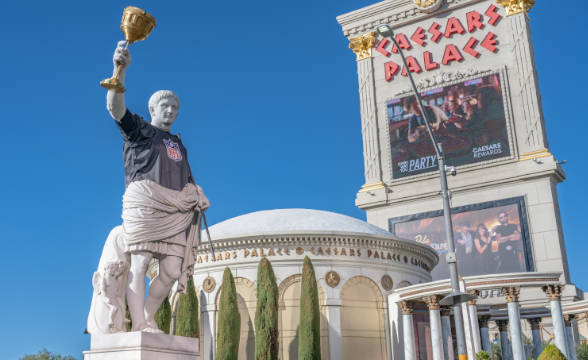 A movie complex in Michigan is set to become the first to host a sportsbook after an agreement between Emagine Entertainment and Caesars Entertainment will rebrand the sports lounge at Royal Oak as Caesars Sportsbook Lounge Powered by Emagine.

The sports lounge at Royal Oak Emagine cinema complex was opened by Emagine in December last year with the idea to provide a place for sports fans to enjoy their favorite sports live and gamble online.

The Vegas-style sports lounge features multiple sporting events simultaneously on a screen two stories high and 40 feet wide, as well as high-speed internet, and while its capacity is limited, guests can enter freely on a first-come first-served basis.

Caesars considers the venue to be perfect for hosting special events and promotions and believes the partnership with Emagine will open up new opportunities to engage with fans and bettors.

“We are excited about this partnership with Emagine Entertainment and applaud their ingenuity in creating a Sports Lounge in a movie theater. This concept should provide an exciting environment for people to enjoy a televised sporting event and for us to connect with new customers while also rewarding our exciting loyal customer base.”

Caesars Sportsbook Lounge Powered by Emagine will display betting odds on dedicated screens while fans watch live broadcast of sporting events on the huge screen, sitting in heated leather recliners. Each seat has an individual table to allow space for a laptop, snacks and drinks.

“Our commitment to building innovative entertainment experiences for our guests led us to the creation of the sports lounge at Emagine Royal Oak. Partnering with Caesars is a major milestone in our ongoing commitment to being the most innovative theater chain in the country.”

Transform Both Cinema and Betting Industries

And while the partnership is expected to boost bettor engagement for Caesars, it creates an entirely new stream of revenue for the sports lounge which so far has been relying on selling food and beverage only. And the partners are already planning to open additional locations in the second half of the year.

Speaking on behalf of the firm which brokered the deal, Rouge Partnership Strategies, the firm’s founder Zach Wagner hailed the partnership as transformative for both the movie and sports betting industries.

The agreement with Caesars comes hot on the heels of news that Greektown Casino-Hotel in Detroit will soon rebrand as Hollywood Casino at Greektown as part of the efforts of its operator to streamline the business under its flagship brand.