Gaming operator Caesars Entertainment announced in a press release that their newest Caesars Sportsbook app would debut in Washington, DC. The latest version of the sports wagering platform will replace the Caesars Sportsbook by William Hill app and include an expanded feature set better suited to clients’ needs.

The Caesars Sportsbook by William Hill app received its name in 2021 after Caesars acquired William Hill in a  $3.7 billion deal earlier in the year. The app was based on William Hill’s Liberty platform and serviced states where online betting requires in-person verification. The recent news showed that the William Hill remnant’s purpose was to only serve as an intermediary solution.

With the new Caesars Sportsbook app, the operator will combine its sports betting business under one brand. The company plans to have all users migrate to its most modern solution by the end of the year and assured clients that they would benefit from a substantially enhanced customer experience.

Clients will be happy to learn that the new app offers many new features. These include new deposit methods, a streamlined interface, faster payouts, and even more ways to wager. Some long-requested features by fans are also making a debut, like live scoreboards, same-game parlays, and improved cashout functionality.

According to Caesars, the new app will be an upgrade in every sense of the word while retaining integration with the operator’s customer loyalty program. Clients can earn Credits each time they place a bet, which can be redeemed for various perks and exclusive opportunities.

Co-president of Caesars Digital Chris Holdren stated that the new app was a vital step in the company’s goal to expand its offerings and added that Washington, DC was of great significance to these plans.

D.C. remains a special market for us following the historic opening of Caesars Sportsbook at Capital One Arena in 2021.

Holdren also noted that Caesars was preparing to ramp up its efforts in the area and capitalize on existing momentum with the help of local partners as the sports calendar ramped up.

The new push for the Caesars Sportsbook app comes amidst poor financial results for the company’s digital division. During the operator’s Q2 earnings call, it recorded losses of $692 million. These numbers continue the negative trend from Q1, where the digital division posted a $576 million net loss, prompting more investments into marketing and advertising. However, these do not seem to have paid off.

The company reported a total net loss of $123 million, although revenue scores increased by 10.6% compared to 2021. Caesars’s brick-and-mortar venues performed the best. Las Vegas was an outlier with a 33.6% jump in revenue to $1.1 billion. Despite the poorly performing digital sector, the company is confident that it will manage to turn a profit at least by Q4 2023. 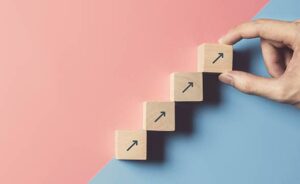 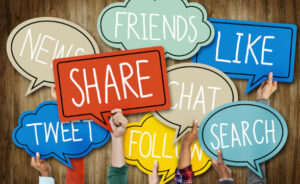