Caesars Sportsbook has been confirmed as the new partner for the Memphis Grizzlies, a National Basketball Association (NBA) franchise. The two partners revealed details about their multi-year collaboration which will see Caesars promoted as an Official Sports Betting Partner to the Grizzlies.

This will result in dedicated signage and branding across the FedExForum where a Caesars Sportsbook Lounge will be opened as a result of this collaboration. The partnership will also enable Caesars to use the Grizzlies’ digital footprint, including web, social media, and mobile applications to further boost brand recognition and drive interest in the sportsbook.

Memphis has plenty to offer insofar as digital goes with both companies working hard on consolidating their clout in this segment. The Grizzlies and Grind City Media will feature Caesars Sportsbook as its Presenting Partner, the company confirmed in a press release. Visible, fixed in-game signage at the FedExForum will also be present during games.

Caesars’ branding and assets will be similarly visible during the pre-game and post-game radio broadcasts. The Grind City Media presentations and broadcast slots will include the Chris Vernon Show, The Odds Couple, and the GCM Pick ‘em Panel, all dedicated to helping sports bettors make better-informed choices on their next bet. Commenting on this partnership, Caesars Digital co-president Chris Holdren said:

Tennessee is an important state for us, filled with passionate sports fans. We embrace the chance to strengthen our connection in the Memphis area through the legacy of our nearby resort, Horseshoe Tunica. This collaboration allows us to engage more sports fans while bringing them experiences they can’t get anywhere else.

Memphis Grizzlies president Jason Wexler was similarly pleased with the new partnership opportunity. He welcomed the alignment of Caesars Sportsbook with Grind City Media assets, digital shows and features, which Wexler said would only enhance the development of content that sports fans may continue to enjoy.

New Experiences for Memphis Grizzly Fans Along the Way

The partnership will come with specific benefits to Tennessee sports bettors, Caesars confirmed in the press release. Sports bettors will have access to “unmatched rewards” through the dedicated Caesars Rewards program, which has more than 65 million members. Caesars’ signage and brand will be visible during Grind City Media’s interviews with prominent sports personalities hosted by Rob Fischer, Lang Whitaker, and Jon Roser & CJ Hurt. 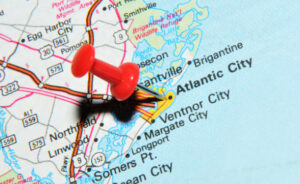 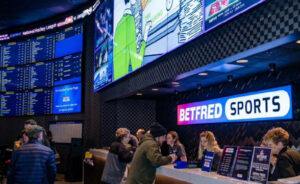