With another BKFC Fight Night Wichita on the cards for Saturday, there will be a lot of great bouts to look forward to this weekend whether you are an MMA or boxing fan. The event between Julian Lane and David Rickels is billed as the main fight of the night.

BKFC Fight Night Wichita itself is taking place at Hartman Arena in Wichita, Kansas, and will bring together ten fighters who will enter the ring this weekend. The odds reveal Rickels as the favorite in the main event, but Lane isn’t too far behind at all.

Where and When to Watch Rickels vs Julian

The BKFC Fight Night Wichita is going to be available on Saturday, October 23 at 8 pm EST. The fight between Rickels and Julian will be available to watch on Bare Knuckle TV.

What to Expect from Lane and Rickels in Terms of Betting Value?

Julian Lane is coming in hot into the fight as he has built up momentum in the past fights. He is still posted as the underdog at (+100) but he has managed to overcome some great opponents as well, including Leonard Garcia.

He lost to Thiago Alves in what was a highly-contested showdown decided by judges. Fans though have kept Lane as the winner in their minds and hearts. Not winning BKFC 12, though, wasn’t too much of an issue for him, as he returned to take out Jake Bostwick in BKFC 18 in June. His most recent wins have been impressive, but Lane is standing at 4-4 in his overall record which is not too impressive when you come to think of it.

Of course, the nature of boxing is such that fighters often face violent scenarios, and sometimes a random punch may have serious consequences. On the flip side, you have Rickels who only has one fight and one win in the promotion. He is coming from Bellator where he has been competing with some level of success. He has 21-6-0 in his overall track record and a single win in the BKFC which is not much to go on, but his previous experience definitely shapes him as the favorite.

Lane is a far more violent fighter than Rickels, though but that aggressiveness has left him exposed and his overall record is 12-9-1. So, is Rickels a favorite? He definitely is. Yet, you cannot completely dismiss Lane because of his aggressive style and endurance.

Tale of the Tape Rickels vs Lane

Other Noteworthy Fights in the BKFC Fight Night Wichita

The rest of the fights in the ticket should definitely be worth your while. The bout between Andy Locker and Marciano Hernandez will most likely end up with Hernandez winning. Hernandez’s overall showing so far definitely gives him the upper hand even though both fighters aren’t too known in the BKFC. He’s posted at (-320) and we expect him to win.

For the bout between Eric Thompson and Jake Lindsey we believe that Thompson has great qualities. He has participated in many bare-knuckle events, but even then, Lindsey seems to be a far more composed and accomplished fighter and his (-250) odds here are accurate.

Last but not least we have Jessica Link vs Charisa Sigala. Sigala’s main issue is endurance and this should not be underestimated. Link should be bringing this fight home as well with (-150) on the odds backing her. 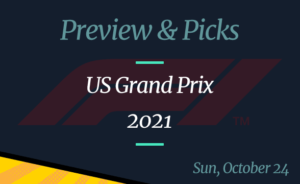 Legal January 31, 2023
888 to Keep Its Gibraltar License in Spite of Compliance Breaches
Newsletter Signup Get the latest gambling industry news delivered straight to your inbox.
Find Us On:
More Articles