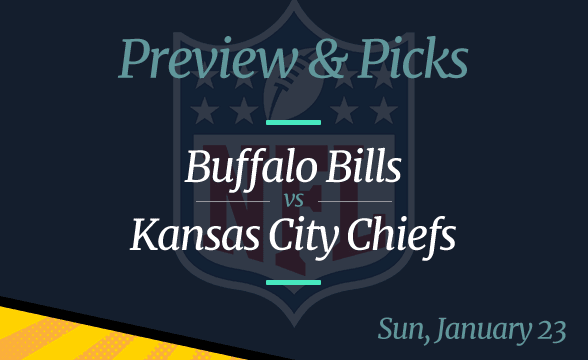 All odds are per FanDuel as of January 20.

The Most Well-Rounded Team in the NFL?

The Buffalo Bills have a Top 3 offense, as well as a Top 3 defense. So far in the 2021-22 campaign, we saw them playing impressive football in most of their games, with a few hiccups now and then, e.g., the loss to the Jacksonville Jaguars.

Still, most of their disappointing performances happened early on in the season. In recent weeks, the Bills have been superb. They’re coming to Arrowhead after five straight wins, the last of which was a win in the Wild Card Playoffs. Played last weekend, the game saw the Bills beat the New England Patriots 47-17.

The fact that they scored so many points against the Pats (the #3 defense in the league) shows that the Bills are a force to be reckoned with.

The Chiefs are on Fire

After a slow start to the season, Kansas City won 10 of the previous 11 games. With Patrick Mahomes as their starting quarterback, it’s no surprise that the Chiefs are the #4 scoring offense in the NFL with 29.0 points per game on average.

The best thing is that their offensive average is even better when it comes to recent games. Over the previous three weeks, the Chiefs generated a 33.7 scoring average.

What’s kind of surprising is that the Chiefs’ defense has also been great. They rank 10th in the league, with 21.4 PPG. The problem, however, is that in their previous three games, the Chiefs’ allowed a total of 80 points.

Picks: Buffalo Bills to win; over to hit