The companies in question are Betway, SkillOnNet and Betfair. The first two were found guilty of offering bonuses and special promotions to their players, despite it being illegal in the country. The latter was accused of accepting bets for a soccer game featuring many minor players.

Despite the three operators’ best efforts, the Supreme Administrative Court refused to let them appeal their fines. As a result, the trio will have to pay a total of around $2.2 million for its offenses.

Betway’s transgression came in May 2019 when the company kept on offering bonuses to Swedish players, despite the prohibition. As a result, the SGA, Sweden’s gaming authority, imposed a $470,000 fine on the company.

Betway appealed the fine in 2020 and successfully reduced it to $450,000. The company continued its legal battle trying to appeal the entire penalty. Unfortunately for Betway, the Supreme Administrative Court has now denied the appeal and ruled that the company must pay the full $450,000 fine.

Betfair Took Bets for a Match Full of Minors

Betfair, on the other hand, was handed a $520,000 fine in July 2019. The regulator found out that Betfair had accepted bets for the match between Vasalunds IF and FC Djursholm, two famous soccer teams.

The problem was that more than half of the players in the match were underage. According to Sweden’s gambling laws, operators are not allowed to offer betting markets for games where the majority of players are under 18.

Betfair tried to appeal the fine and successfully got it reduced by around $95,000 because the Swedish Court of Appeal decided that the operator’s earnings were wrongly calculated. Just like its competitor, Betfair continued its efforts to appeal the fine. Those efforts were eventually cut short by the Supreme Administrative Court, which refused to allow Betfair to appeal its fine.

SkillOnNet got the worst fine of all three companies. The gambling giant was found guilty of offering bonuses through several of its brands including redkings.com, playojo.com and slotmagic.com. In June 2019, Sweden’s regulator reprimanded SkillOnNet for breaching the rules and handed it a $1.3 million fine.

SkillOnNet argued that the country’s laws concerning bonuses are not clear enough. The company also claimed that the SGA has not led a constructive dialogue with it, instead opting to introduce a disproportionately severe fine.

However, all courts that reviewed the matter agreed that SkillOnNet must pay the fine. 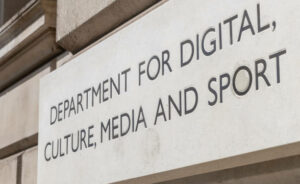