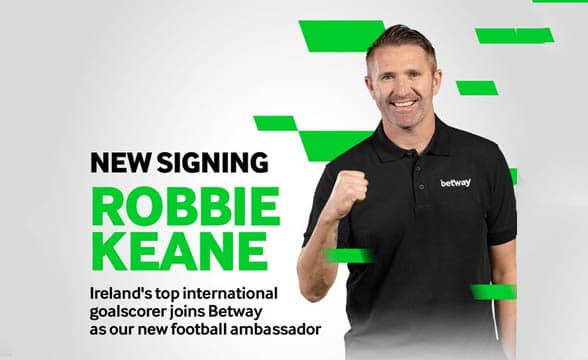 Betway has enriched its roster of brand ambassadors with the ex-soccer star Robbie Keane. The former striker will work with the sports betting operator on new content aimed at sports fans.

Under the agreement, Keane will join Betway’s lineup of brand ambassadors. As an ambassador, the retired soccer pro will work on new sports insights for soccer fans. He will write posts for Betway Insider, the operator’s in-house online sports blog.

Keane is a legend in Irish soccer and a perfect fit for Betway’s vision. The former player is famous for being Ireland’s all-time top goalscorer. Furthermore, Keane ranks among the top 20 best goalscorers ever and boasts a whopping total of 126 Premier League goals.

It should also be mentioned that Keane has played for some of the most notable soccer teams and has had stints with Inter Milan, Leeds United, Liverpool and Aston Villa, among others.

Antony Werkman, Betway’s chief executive officer, welcomed the famous soccer player to his company’s ambassadorial team. Werkman said that the operator is delighted to have Keane on board and praised the retired professional for his goalscoring achievements in the Premier League. The CEO noted that Keane’s record speaks for itself and lauded the ex-striker for being one of the most influential Irish soccer players ever.

Werkman concluded that the addition of Keane as a brand ambassador will strengthen Betway ahead of the World Cup.

With the World Cup just weeks away, we’re all looking forward to hearing his thoughts on the world’s biggest football competition.

Keane revealed that he is thrilled to join Betway as a brand ambassador. He said that he is excited to share his soccer-related views and opinions with sports fans ahead of the upcoming World Cup tournament. Keane added that he will also talk about the Premier League season once the latter gets underway.

Betway is actively preparing for the World Cup event and has already prepared or launched various soccer-themed promotions. For example, the operator’s Quest to Qatar will celebrate the upcoming tournament by allowing loyal customers to build a free bet pot for the event.

In other news, Betway recently got in trouble with the United Kingdom’s Gambling Commission, which slapped the operator with a $464,000 fine. The regulator accused the company of not being careful enough and promoting its content to underage audiences. According to the UKGC, the operator’s logo was visible on the children’s page on West Ham United FC’s website. 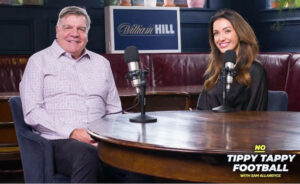 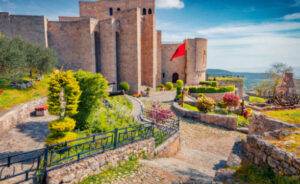 Sports October 25, 2022
Albania May Relaunch Sports Betting as Early as Next Year