The new bonds issued by Betsson AB are under a framework of up to €250 million ($261.75 million), have a tenor of three years, and bear a floating interest rate of 3 months Euro Interbank Offered Rate (EURIBOR) plus 650 bps and a final maturity date in June 2025.

Commenting on the announcement, Betsson’s chief financial officer Martin Öhman expressed his content that the company’s new bonds attracted “large interest… from a broad range of investors,” among which Nordic and international institutional investors.

“This signals confidence in our business strategy, which continues to generate profitable growth and stable cash flows.”

On June 8, 2022, in preparation for the new bond issue, Betsson offered holders of outstanding senior unsecured floating rate bonds in the amount of SEK1 billion (€93.34 million/$98.06 million) with a maturity date of September 26, 2022, to tender their bonds for purchase by the company at a price of 100.50% of their nominal amount.

The gambling group announced the tender offer to bondholders expired on June 15, 2022, and bonds totaling SEK700 million (€65.34 million/$68.64 million) have been validly tendered and accepted for settlement by the issuer.

Betsson expects settlement with the bondholders to occur on June 23, 2022, and it will pay 100.5% of the bond’s nominal value and “accrued and unpaid interest from, but excluding, the previous interest payment date until, and including, the settlement date” of the tender.

For both the new bond issue and the previous tender Nordea bank acted as the dealer manager and sole book runner while Swedish law agency Gernandt & Danielsson acted as Betsson’s legal counsel.

In its first quarter 2022 report, Betsson registered an increase in group revenue by 8% driven mainly by sportsbook operations which accounted for 45% growth. Active customers increased by 33% but the positives ended with this as EBITDA fell by 7%, operating income fell by 13%, net income was down by 12%, and operating cash flow decreased by 17%. 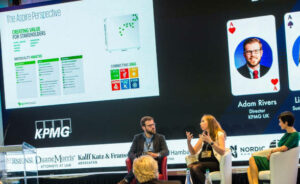 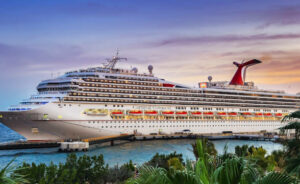