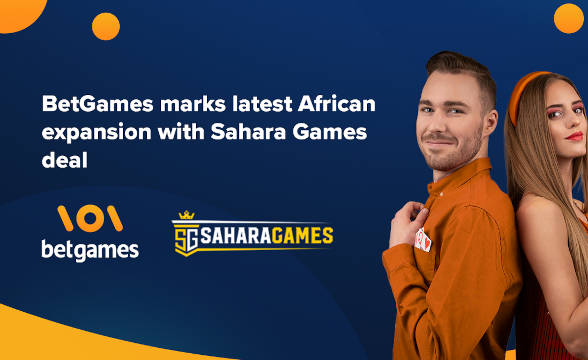 The new deal announced Monday will see Sahara Games expand its land-based offering by adding a wide range of portfolio from BetGames. Such content includes the highly popular Wheel of Fortune game, as well as the famous lottery titles Lucky 5 and Lucky 7. More than 300 retail locations in Uganda, Kenya, Mozambique and Nigeria will benefit from BetGames’ leading content.

Thanks to the recent collaboration, Sahara Games will further solidify its presence as a leading land-based operator around Africa. What’s more, the deal expands BetGames’ presence in the region and complements its ongoing global growth.

“We’re excited to have reached an agreement with such a prominent name like BetGames, the company’s presence in Africa speaks for itself.“

Mathew Halloran, Sahara Games’ COO, acknowledged that the company is excited to join forces with a leading supplier as BetGames. He explained that BetGames’ presence in Africa is a testament to the success of its products. In conclusion, Halloran pointed out that a key goal for Sahara Games is to offer best-in-class content and added that the new collaboration complements this strategy.

“Striving to maintain the Sahara Games brand as a market leader, we always look to integrate the best in class, and we’ve done just that by taking on BetGames exciting collection of lottery games,“

James Everett, BetGames’ VP of sales for Africa, added that expanding further in Africa brings excitement for the company. He pointed out that the recent deal enables the company to reaffirm its presence and grow in four markets. Everett acknowledged that Sahara Games is a leading operator in the country that offers casino and sports betting content. In conclusion, BetGames’ VP of sales, Africa said that the collaboration will further expand Sahara Games’ offering.

“We’re delighted to have reinforced our position in Africa, with this latest deal seeing us grow in four markets.“

The recent deal with Sahara Games boosts BetGames’ ongoing global expansion. After recently rebranding, the company has seen significant success and continues to join forces with gambling operators around the globe. While BetGames’ flagship product meets the legal requirements set by South African jurisdictions, the company is also authorized in other key markets. Currently, its portfolio of content is licensed in Malta, the UK, Italy, Bulgaria, Latvia, Lithuania and Estonia.

On November 29, Bally’s representatives and Chicago city officials arranged a community meeting with local residents to address their concerns in connection with Bally’s temporary casino, which will occupy the Medinah Temple. Local Residents’ Concerns Were Heard by Bally’s Executives and Chicago Officials Chicago Sun-Times reported that Chicago city officials and Bally’s leaders met with […]