Social media reports surfaced on Monday that Manchester United and Betfred had entered a partnership. As a result, Betfred is said to have become the Official Betting Partner for the Red Devils. The pair were together back in 2006. Intelly head of marketing Łukasz Bączek tweeted that the current partnership is estimated at £4 million a year.

The official Manchester United soccer club website now features Betfred as a partner, too. Betfred, which operates more than 1,400 betting shops has operations in Spain, South Africa, and the United States. The partnership though comes at a questionable time for gambling regulations and sports fans’ attitude towards such affiliations.

Regulatory Headwinds Not a Concern

For one, there have been rumors swirling that the Premier League may be voluntarily opting out of partnerships between its clubs and betting agencies. The recent interest in such arrangements belies such claims. The Premier League did reportedly hold a meeting to discuss the issue.

The meeting took place behind closed doors with the public left second-guessing what decisions and negotiations may have taken place. Still, the public attitude towards such sponsorships has been fairly clear-cut and unambiguous. A study published in 2020 found out that a third of sports fans are put off from buying kits of their favorite teams if they contained the image and branding of gambling companies.

This sentiment has not gotten any better in 2022. One of the most vociferous campaigns against such arrangements has been waged by Footballers Supporters Against Gambling Adverts which hopes to bring awareness for the harm gambling inflicts on society and the families of victims.

“Nowhere is gambling’s pernicious presence felt more than in football, which acts as the ‘hook’ that draws young, first-time gamblers in, setting them up for a lifetime of addiction,” the organization said earlier in August.

To pass sweeping changes to the way the Premier League self-regulates, though, a vote of at least 14 in favor out of 20 teams would be necessary.

Meanwhile, the White Paper outlining future regulatory changes has been inevitably delayed as British Prime Minister Boris Johnson was defenestrated with more or less of the help of foreign secretary Liz Truss and former chancellor Rishi Sunak. Both are now taking lumps out of each other trying to secure their former boss’s job.

Whatever the future for gambling advertisement and soccer clubs, though, Betfred and Manchester United are in it together – for now. 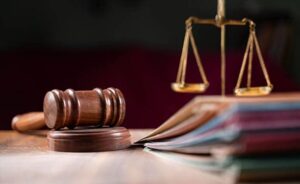