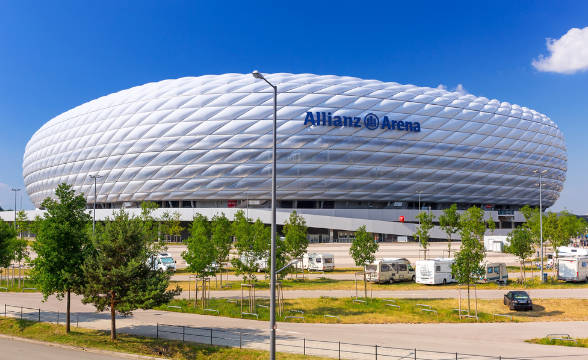 After a shocking loss in the first leg of the UEFA Champions League quarterfinals, Bayern Munich now needs to go for a win over Villarreal. The Yellow Submarine is coming to Bavaria with a 1-0 surplus from the first match, but knowing how great Bayern is at home, it’s no surprise the German are favored to advance to the UFC semifinals.

The betting odds on Bayern advancing to the next phase of the Champions League are currently -280 at most online sportsbooks. In fact, Bayern remains one of the top UCL title candidates in the eyes of the bookmakers. Priced at +450, the German powerhouse is currently #3 in the list of favorites.

Knowing all this, no one should be surprised that Bayern Munich is heavily favored to win on Tuesday. You can see the betting odds for this matchup in the section below.

Another Big Win for Bayern Munich at Home?

In the Champions League Round of 16, Bayern Munich played 1-1 with Salzburg in the first leg. That game took place in Austria, while three weeks later, the rematch was played in Germany. As you’d imagine, Bayern won the rematch. What’s surprising is that the final score was 7-1.

It remains the biggest win of the 2021-22 UCL season, although there were signs that Bayern was going to destroy its rival. The biggest sign was the fact that Bayern’s home record in the Champions League this season was (and still is) 100%.

Further, the least goals this team has scored at Allianz Arena in the 2021-22 UCL season is three. Bayern’s home score differential in this competition is 20-3 in four games.

Yellow Submarine to Sink Another Favorite?

Villarreal got itself a place in the quarterfinal of the UCL after beating Juventus 3-0 in Italy. The odds on Villarreal were somewhere in the ballpark of +300 before the match.

Unai Emeri’s boys pulled off a major feat in that game, but not many people believed they would do something similar again. However, they got themselves a win last week against Bayern. The final score was 1-0, but it could’ve easily been more.

The Yellow Submarine was just unlucky not to blow out Bayern in that game. One of the reasons behind their superb performance is that they had a lot of support from the stands of El Madrigal. In fact, the stadium was sold-out days before the game. This time, however, Bayern will be the one with the fan support.

It would be a huge surprise if Bayern didn’t win this match. However, we will probably see Villarreal try to fight back through counterattacks. In fact, they might even score on Tuesday!

However, that probably isn’t going to be enough as Bayern will almost certainly outscore them.