Bally’s Corporation has announced a new Multi-Project Labor Agreement (PLA) with the Chicago & Cook County Building & Construction Trades Council (CCBT) the company revealed in a press statement. The agreement also covers the AFL-CIO Building and Construction Trades Department, and this new agreement has been signed in relation to the construction of the Bally’s Chicago casino.

Bally’s Committed to Its Workers and Employees

Commenting on this new partnership, CCBT president Michael Macellaio welcomed the opportunity to collaborate with Bally on the upcoming project. Macellaio said:

BCTC is proud to stand with Bally’s Chicago in this historic building of the first and only casino in the City of Chicago. With this agreement, Bally’s shows that it understands the importance of good-paying jobs in our city and the dignity of our hard-working people.

Bally’s chairman Soo Kim said that Bally’s remained committed to the community. This is why the addition of PLA was a demonstration of this commitment, the executive explained. Kim added that this is just a first step towards fulfilling Bally’s obligations towards the upcoming property and by extension, towards the police and fire pension funds.

Kim added that Bally’s was committed to its partnership with all participants which will help the company ensure that its workforce reflects the rich ethnicity of Chicago. Chicago Federation of Labor president Bob Reiter praised Bally’s for holding itself to a high standard when it comes to its workforce.

According to Reiter, the CFL will remain committed to ensuring that underrepresented populations continue to find opportunities in the job market, inspiring them on a career path. Bally takes this commitment very seriously, Reiter added.

Bally’s Chicago project is estimated at $1.7 billion and is expected to be one of the most significant developments for the city. Chicago is set to benefit through the collection of city and state tax, the bulk of which will go to ensure that pension funds for the fire department and the police are secured.

The casino itself is a massive project that will feature 3,400 slots, 170 table games, and a 500-room hotel tower. There will be a rooftop bar with 3,000 seats and a 20,000-sq-ft exhibition, and an outdoor music venue, among many other amenities that are planned for the project. Bally’s won the bid to construct its mega-project in an intense bidding war with Hard Rock International and Rush Street Gaming which lost. 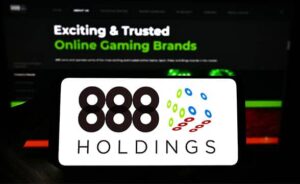 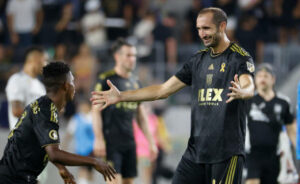