AS Monaco, one of the leading soccer clubs in the French Ligue 1, has announced its partnership with Casino Secret. The operator is set to become the club’s official online gaming partner in Japan and will help Monaco’s goal of getting closer to its soccer fans in the region.

A Digital Campaign Will Be Launched to Celebrate the New Partnership

In its official statement, Monaco noted that the club and the operator will launch a digital campaign with several high-impact contents. The goal of the campaign will be to reach the Japanese audience and celebrate the new partnership.

Jean-Emmanuel de Witt, Monaco’s CEO, commented on the development. He stated that the club is delighted to welcome Casino Secret as a partner in Japan. He added that Monaco is experiencing a growing interest in the region, mostly because of the new signing – Takumi Minamino.

Minamino is a Japanese soccer player that joined the club from Liverpool FC. Since his debut, Minanimo made over 390 official appearances and has had numerous achievements, some of which include 5 consecutive league titles in Austria with Red Bull Salzburg, as well as an English league title, an FA Cup trophy and an English League Cup trophy, which he won while playing for Liverpool.

Witt ended by saying that the new partnership with Casino Secret will provide soccer fans in Japan with “some unique jointly created content.”

Casino Secret’s CEO and founder, Nadir Ounissi, also shared his thoughts on the partnership. He stated ever since Casino Secret launched in 2018, it has been growing in Japan at a very fast rate.

He also added that the fast growth allowed the casino to obtain several awards and considering the fact that the operator has worked with other partners within the soccer industry, teaming up with Monaco is a logical step.

Ounissi ended by praising the club and saying that it has a “strong digital audience” which counts over 22 million fans and that with Minanimo’s presence in the club, Casino Secret will have a great opportunity to continue growing among the Japanese community.

The partnership between Monaco and Casino Secret will last for 2 seasons.

Although the Japanese online gaming partnership is a first in the region for Monaco, the club is no stranger to gambling-related partnerships. Back in May, the club extended its partnership with VBET until 2025.

Both parties have been working together since 2020 and as the official sports betting partner of Monaco, VBET is looking to strengthen its position as a world-leading betting operator and grow its presence in the French market.

Apart from working with Monaco, VBET is also affiliated with Youri Djorkaeff, a Monaco club legend. Djorkaeff is one of the ambassadors of the betting operator. 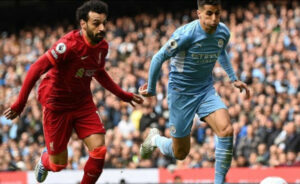