The Gunners are sitting comfortably in the No. 1 position in the Premier League with 47 points after 18 games. The title race, however, is far from over, meaning that in order to stay on top of the Prem, they need to continue to collect points. The big question is whether they can do it against such an in-form opponent as Manchester United.

The Gunners are Without an EPL Loss Since September

Arsenal are playing fantastic soccer this season, especially in the Premier League. They’re 15-2-1 right now, with their last (and only) EPL defeat happening back in September. What needs to worry them, however, is that the loss in question happened against Manchester United.

The Red Devils beat them 3-1, but the final score doesn’t tell the whole story. First of all, the game was played at Man United’s stadium, Old Trafford. Secondly, Arsenal were the dominant side in that match with 61% ball possession and 16 goal attempts.

They would’ve won that game if it weren’t for Marcus Rashford. Man United’s forward had a fantastic game that day, scoring twice and making one assist. The bad news for the Gunners is that Rashford is currently in even better form.

The Red Devils Keep On Impressing

Manchester United are undefeated in competitive matches since early November. In the Premier League, they’re 4-1-0 since the end of the World Cup break. The best thing is that during their surge, we saw them beat their local rivals, Manchester City.

The score in the Manchester Derby was 2-1 for the boys in red, with Marcus Rashford once again being the man of the match. Not only did he score the winner, but he was also instrumental in the scoring of the equalizer. He was in a passive offside during his team’s attack, which tricked the opposition defense into thinking the assistant referee would raise his flag.

Rashford has been Man United’s talisman over the last couple of weeks, but his teammates too deserve praise. Bruno Fernandes has been brilliant in the role of the playmaker, while Casemiro’s been a true midfield general.

Manchester’s defenders have also been playing great soccer, although we did see them concede a goal in each of their last two Premier League games.

We expect to see Mikel Arteta’s team to dominate this game in the same manner Man City dominated the Red Devils last weekend. Marcus Rashford outsmarted the Citizens that day, but we can’t see him doing the same against Arsenal. Instead, with the help of their fans at the Emirates, Arsenal are going to get their revenge for the loss in the first half of the season.

Picks: Arsenal to win; over 2.5 goals 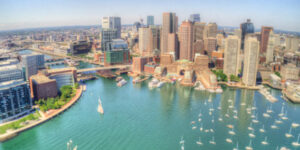 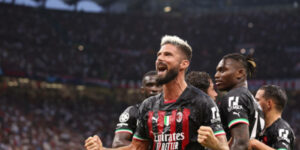