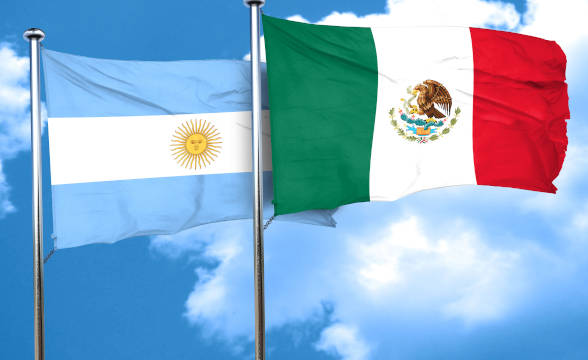 On Tuesday, we witnessed one of the biggest upsets in the history of the World Cup – Saudi Arabia beat Argentina 2-1, thus ending La Selección’s 34-game unbeaten run.

Lionel Messi & Co. have a chance to bounce back to the winning track this Saturday when they play against Mexico. Oddsmakers think they’re going to pull it off, making Argentina an odds-on favorite. Although we do agree with bookies, we also think this is going to be a real thriller.

If the offside rule didn’t exist, Argentina would’ve beaten Saudi Arabia 4-2. Three of their goals on Tuesday were disallowed due to offside. One of those, however, should not have stood, but that’s a whole different story.

Argentina players mustn’t be angry with the referees, but with themselves. Not being able to score more than one goal (from the penalty spot) against Saudi Arabia is just embarrassing for a team with Lionel Messi, Lautaro Martinez, Angel Di Maria, and others.

We believe that not scoring more than once is even more embarrassing than conceding twice to Saudi Arabia. The thing is that Argentina’s defenders just aren’t great. Their offense, on the other hand, is one of the best in the world. They just didn’t show it in Round 1.

Mexico to Employ the Same Strategy as Saudi Arabia

The Saudis received six yellow cards in the second half, after getting to 2-1. They defended with all they got, which proved to be the right decision. We expect something similar from Mexico.

In Round 1, Mexico showed they know how to defend. Their goalie Guillermo Ochoa showed that he truly is a World Cup specialist – he saved Robert Lewandowski’s penalty on Tuesday.

This team will probably play very defensively on Saturday, possibly committing a lot of fouls on Lionel Messi. This is likely to frustrate his teammates, who might get into fight with the Mexicans. As a result, we’ll probably see a lot of yellow cards on both ends.

When it comes to their attacking plan, Mexico will almost certainly rely on counterattacks and set pieces. They got Napoli’s Hirving Lozano and Club America’s Henry Martin on the flanks, both of whom are quick and great when it comes to dribbling the ball.

Further, Mexico also has Raul Jimenez in the squad. The Wolves striker came on the pitch in the second half against Poland, but we might see him start the Argentina game. If he does, the Argentinians are in trouble as he’s great in the air.

If you love soccer drama, you need to watch this match. We expect to see some great goals, some vintage saves, and plenty of violence. Argentina should win in the end, but we can’t say we trust them 100%. Instead, we’re more certain this game will see goals on both ends.

Pick: Both teams to score