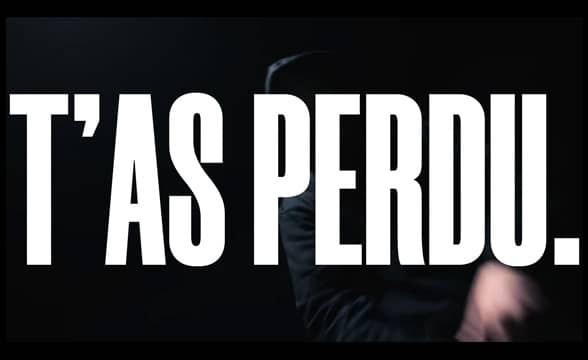 L’Autorité Nationale des Jeux (ANJ), France’s gambling regulator, has issued a warning about the dangers of gambling ahead of the FIFA World Cup in Qatar. The top-tier soccer event starts in a week and will glue sports fans from all over the world to the screen.

The authority’s new campaign goes under the “You saw, you lost” slogan, which bears the same name as a new promotional song released by the ANJ. Through this initiative, the regulator wants to remind people that gambling can always go wrong and therefore people should either gamble responsibly or not gamble at all.

The campaign follows a recent study by Harris Interactive, according to which more than 1/3 of the adults in the country plan to bet money during the World Cup 2022. The ANJ, therefore, wants to raise awareness and will actively remind people that wagering doesn’t guarantee a victory.

The “T’as vu, t’as perdu” campaign precedes what analysts believe will be a record season for sports betting in France. According to finance experts, the French betting handle during the World Cup may surpass the record of $450 million (current conversion rates) set in 2020. Ahead of such a promising sports season, it is crucial to remind people to bet responsibly.

Isabelle Falque-Pierrotin, the president of the ANJ, said that this is the regulator’s first prevention campaign. She said that the regulator does not wish to antagonize the sports betting industry but rather protect the youth by teaching the young about how dangerous excessive gambling can be.

The ANJ wishes to ensure that sports betting continues to be a recreational activity instead of a source of harm and woes for sports enthusiasts in the country, Falque-Pierrotin concluded.

The ANJ’s new campaign was developed by RosBeef, which is a marketing agency headquartered in Paris. RosBeef’s forte is marketing materials that target a younger audience. The regulator’s reason to pick this advertising agency in particular is the statistics that show that younger bettors are much more vulnerable to gambling harm.

As a result, “T’as vu, t’as perdu” will before anything else target young men under 35, who, according to previous surveys, tend to play irresponsibly.

Since the ANJ understands that this campaign may not be enough to prevent problem gambling, the authority also unveiled a new charter that includes standards for all operators during the World Cup in Qatar. Under the charter, betting companies must refrain from flooding the media with gambling ads and prompting problem gambling.