Allied Gaming and Entertainment, the global experimental company formerly known as Allied Esports Entertainment announced Thursday it completed a strategic review of its business. The Benchmark Company, in collaboration with Allied Gaming’s Board of Directors, monitored the review which sought to identify the best approach for further business growth.

Although initially, Allied Gaming sought to determine if a potential business combination was the best approach, the strategic review resulted in a different conclusion. The careful evaluation of the business and its growth opportunities identified that a revamping of the company’s existing esports business will help deliver growth and shareholder value.

This restructuring, according to the review, will best serve the interest of the shareholders and will help the company’s existing esports business “include a broader array of entertainment and gaming products and services.” To lead the restructuring, Allied Esports selected industry expert Robert Proctor as the new CEO of its wholly-owned subsidiary Allied Esports international.

Allied Gaming acknowledged that Proctor has an extensive experience with private companies within the entertainment, technology and media verticals. What’s more, he has more than three decades of experience and is a proven leader and entrepreneur that holds knowledge and strategic skills that help businesses grow on a global scale.

Under Allied Esports’ restructuring plan and Proctor’s guidance, the company seeks to deliver new and engaging viewing and gameplay experiences via the entertainment, esports and sports verticals. The company plans to leverage its one-of-a-kind assets such as the Allied Esports Trucks and HyperX Arena Las Vegas to deliver those experiences.

At the same time, Allied Entertainment explained its plans to seize “the scalability of virtual audiences to become the world’s leading live/virtual live experience content creator and broadcaster with an emphasis on direct audience monetization.” The company’s restructuring plan also seeks the creation of branded content which will help it with upcoming advertising partnerships. Additionally, Allied Esports said it plans to strengthen its brand via “experiential, lifestyle and content offerings.” Finally, the company pointed out it will establish a new consumer platform that will boost fan engagement, retention and expand its audiences.

“By building beyond esports, our new strategy will provide the next level of experiential entertainment to the world of gamers.“

Yinghua Chen, Allied Gamin’s CEO, acknowledged that the recently completed review for a potential business combination identified that a single transaction won’t be the best solution for the company’s stockholders. She pointed out that the company has a strong presence within the gaming and esports vertical and explained that a restructuring of Allied Gaming’s existing esports assets was identified as the best method for further growth. In conclusion, Chen added: “Looking ahead, we expect to achieve strong growth through both organic expansion and reasonably sized tuck-in acquisitions to help us capitalize on this burgeoning market opportunity.” 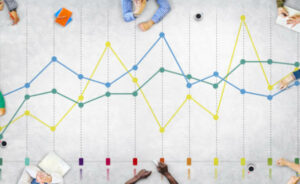 Esports December 2, 2022
Moody’s Is Pessimistic about US Gambling