Alabama is restarting its efforts to expand its gambling industry, the first since 1999. This Thursday, a legislative committee in the state pushed forth a constitutional amendment that would seek to create a regulatory framework enabling lottery sales at first.

Lottery Legalization in Alabama Back on the Menu in Alabama

Right now, all residents of Alabama need to cross the border with a neighbor state and buy their lottery tickets there. This could now be changing should the proposal by the House of Tourism and Economic Development be signed into law.

Republican Rep. Chip Brown, who sponsors the bill, sees a lot of sense in making it so that the bill passes as he has been canvassing in the district with fellow lawmakers and found out that there are many people who frequently visit out-of-state lottery points of sales to purchase the ticket. Speaking to reporters, Brown said:

“The people of Alabama have been playing the lottery for years. We’ve just been playing it in other states. So, it’s time we kept that money in-state and helped out the children of the state of Alabama.”

However, not everyone is ready to go ahead and adopt the proposal. There will be more regulatory headwinds. House Speaker Mac McCutcheon is one of the lawmakers in power who wants to make sure that whatever law gets passed by legislation is actually in the interest of consumers. McCutcheon urged fellow lawmakers to talk to constituents and try to gauge the attitude towards lotteries in the state.

This appeal is just a little odd as this is usually done by having heart-to-heart but rather through proper marketing surveys. Meanwhile, regulating lotteries in Alabama could have a significant impact on various social initiatives. There would be two-year lottery scholarships funded by the lottery proceedings and four-year scholarships whose amount is yet to be determined.

According to the Legislative Service Agency, legalizing lotteries in Alabama could have a significant impact on the annual revenue. In fact, the expected revenue goes up to $285 million after the lottery pays out to winners. This is more than sports betting could generate.

However, some are worried that “wealthy people” do not purchase lottery tickets. This is the opinion shared by Joe Godfrey, the exec director of the Alabama Citizens Action Program, who argues that legalizing lotteries would only impact people of a poorer socio-economical standing.

While opposition still persists in the state, the potential economic windfall from lottery revenues is already making hardline politicians more pliant, and if not a success – the proposal should get sufficient regulatory momentum to push a successful legal change in the foreseeable future.

Britain’s Gambling Commission (UKGC) has announced the National Lottery Good Causes figures for the last quarter of the previous fiscal year (January-March 2022). It turns out the funding for good causes and charities continues to decline. The Money Donated by the Lottery Declined The commission said that the money raised by the National Lottery sits […]

Life-changing. This is how the winner of the Powerball’s $473.1 million jackpot must describe the news that they had won. The winner, who is based in Arizona, will have the option to claim the money as a lump sum or receive 30 payments over the next 29 years. The benefit of a lump sum is […] 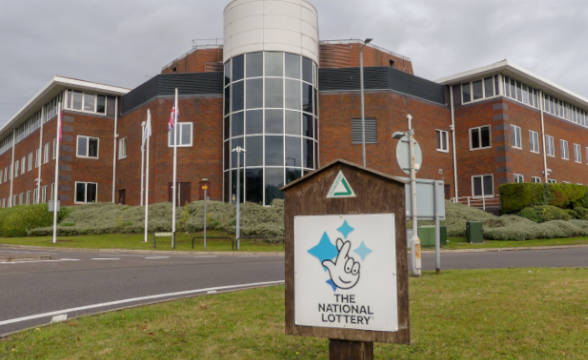 Camelot may have lost the bid to continue operating the UK National Lottery but it has certainly won the hearts of consumers according to a new survey. Retailer satisfaction has reached 75% with the lottery for the most recent fiscal year, effectively indicating that consumers have been happy with the product and service they have […]