The American Gaming Association (AGA) hailed the efforts for providing comprehensive relief and support for the gambling industry through the introduction of the bipartisan Hospitality and Commerce Job Recovery Act. Such legislation will help “expedite the recovery” of the gaming sector, AGA outlined.

Support Measures for Businesses and Employees

Introduced by US Senators Catherine Cortez Masto, a Democrat from Nevada, and Kevin Cramer, a Republican from North Dakota, the new legislation is seeking to help the convention, trade show, entertainment, travel, and hospitality industries and their workers, as it is looking to protect jobs by providing recovery incentives for middle-class families and enhance employee retention tax credit.

“Mandatory closures caused by the COVID-19 pandemic shuttered the entire American gaming industry, significantly affecting our employees and communities across the country.”

According to official data, the travel economy has shrunk by $402 billion since March and spending on travel compared to the prior year fell by 45%. In Las Vegas visitations sank 57% from August last year, despite more and more rooms gradually opening and increasing traffic during the weekends, while in North Dakota visitor volume since the virus outbreak is down 38%, causing a loss of $922 million in visitor spending.

“While gaming’s responsible reopening is well underway, the sustained economic damage has jeopardized our ability to sustain jobs and drive much-needed tax revenue that will be essential to our nation’s economic recovery.”

In terms of jobs, the leisure and hospitality industry is topping the list of lost jobs, with employment in travel and tourism alone down nearly 24% nationwide. In Las Vegas, air travel sank by 60.8% this year, while in North Dakota the closure of the Canadian border undercut the total number of trips to the state by 400,000. Nevada is the state with the highest unemployment rate since the virus infection outbreak began.

No Light at the End of the Tunnel for Conventions

Convention business was halted and there is no certainty as to when it will come back, the Senators outline. Restaurants warn that without additional support many would not be able to survive, while live entertainment venues are closed and workers there have no idea when they will be able to return.

“The bipartisan Hospitality and Commerce Job Recovery Act will enable the gaming industry to retain employees and jumpstart nongaming elements of our business, like meetings and conventions, which account for the majority of our revenue in markets like the Las Vegas strip.”

The president of the industry association body which recently warned casinos no financial aid could be expected before the elections are grateful for the continued effort from both Senators, whose hard work seeks to speed up the hospitality industry recovery and the communities depending on it. 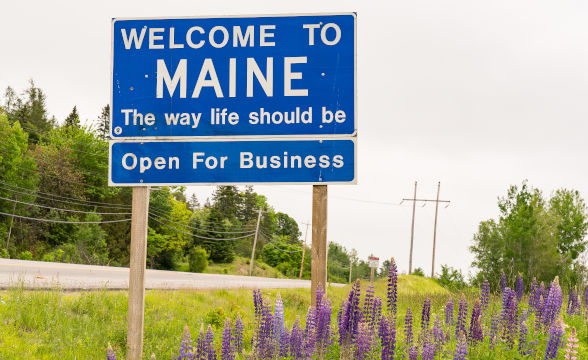 In September of last year, a bill was introduced in the Northern Ireland Assembly to reform gambling across the territory. It replaces the original 1985 legislation, and was presented to the Communities Committee for consideration this week in what is aptly called the “consideration stage.” The bill will now advance to the next stage after […]