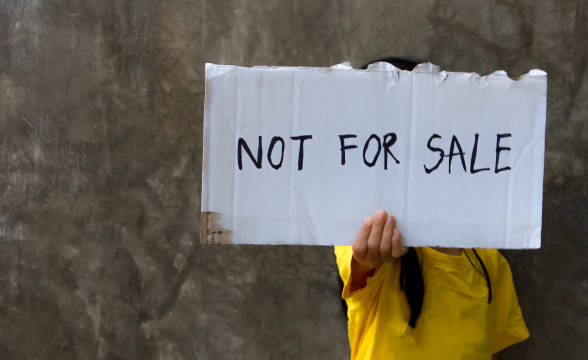 Countries around the world have got a bad reputation for doing too little or nothing at all to stop human trafficking in the gambling industry. Cambodia was even reprimanded by the US Department of State with investors told to avoid doing business in the country. The Philippines has long been associated with kidnappings of Chinese nationals and so has most of Southeast Asia.

Now, though, the American Gaming Association is taking a long and uncomfortable look back home in its new report titled “Preventing and Combatting Human Trafficking in the Gaming Industry.” As the report suggests, there is work to be done, so much so that AGA has set up a new Anti-Human Trafficking Task Force.

Commenting on this initiative, AGA president and CEO Bill Miller outlined the organization’s commitment to combating the issue:

The AGA, our members, and the entire gaming industry are committed to stamping out all forms of human trafficking. Through the Anti-Human Trafficking Task Force, we will continue to bring the industry together to defeat this evil and pervasive human-rights offense.

AGA is reaching out to the US Department of Homeland Security, Justice, and Treasure in order to make sure that it is properly addressing the matter. The organization will also work with others, including hospitality and not-for-profit entities.

The program and initiative are broad and ambitious. It seeks to educate people about human trafficking and how to detect it as well as empower employees to make sure that they can actually help prevent it.

Executives will also be brought into the fold and asked to assist with coming up with reliable ways of enforcing anti-human trafficking policies. Both patrons and employees should be ultimately protected from human trafficking, Miller and AGA said.

Forced labor and sex trafficking are important topics to discuss, but AGA goes deeper to dispel some of the myths and help better understand some of the realities of the issue. AGA members can help victims of human trafficking by putting up signs and asking the victims to reach out so that they can be referred to law enforcement and shelters that are willing to help.

AGA VP of government relationships Alex Costello said that this is just the first step to the grander ambition to tackle the issue:

While many gaming companies already have robust anti-human trafficking policies, this guide will serve as an essential tool for the industry to assess and strengthen its current protocols.

The Anti-Human Trafficking Task Force will have the backing of some of the best-established names in the industry, including Bally’s Corporation, Delaware North, Penn National Gaming, Rush Street Gaming, GeoComply, MGM Resorts International, and dozens more who are equally committed.