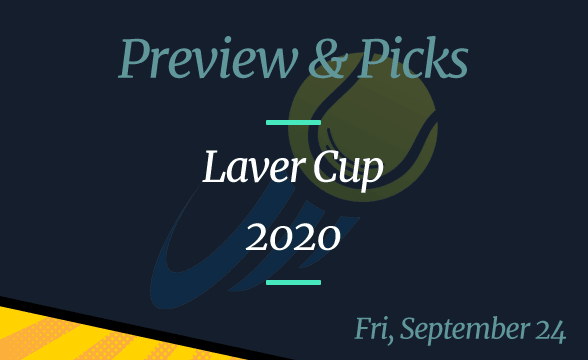 The fourth edition of the Laver Cup is on the menu this weekend when Team Europe goes toe-to-toe with Team World at Boston’s TD Garden.

Although this isn’t an ATP-sanctioned tournament, there’s no reason it shouldn’t be an entertaining affair. After all, the 2021 Laver Cup will see some real heavyweights of the tennis world taking part. This includes the newly crowned US Open champion Daniil Medvedev.

In fact, even though it’s been around only since 2017, Laver Cup has become one of the most prestigious events in the tennis universe. If you’re wondering why that is the case, it’s because it puts some of Europe’s best players against those from other parts of the world. Proof of this is that 6 of the ATP top 10 players are taking part in the 2021 tournament.

Captain Bjorn Borg and his assistant Thomas Enqvist will have the following seven players at their disposal:

Six of those players are in the ATP Top 10; the only one who isn’t is Feliciano Lopez, who’s currently the 110th best player in the world.

The highest-ranked player to take part in the 2021 Laver Cup is Daniil Medvedev, who’s just behind the world no.1 Novak Djokovic in the ATP Rankings. The 6’6 Russian is the biggest star of the tournament, having won the 2021 US Open less than two weeks ago.

There’s another 6’6 player in Team Europe – Alexander Zherev, a German international who won the gold medal at the Tokyo Olympics this summer.

With such players on the roster, it’s no surprise Bjorn Borg’s team is favored to win the 2021 Laver Cup. Can Team World do anything about it?

The captain of Team World is John McEnroe, who will have players from Argentina, Australia, Canada, and the United States at his disposal. Those players are, namely:

The two Canadians are the highest-ranked members of Team World. Auger-Aliassime is eleventh in the ATP Rankings; Shapovalov is just one spot below.

Another thing going against Team World is that these players seem to all be out of shape. Auger-Aliassime is coming to Boston after his US Open campaign ended in the semifinal with a 3-0 defeat to Daniil Medvedev.

Shapovalov exited the American Grand Slam tournament even earlier – he lost in Round 3 to Lloyd Harris.

Diego Schwartzman’s most recent match was a victory, but he played against Alexander Zgirovsky who’s currently in the 1,234th place in the ATP Rankings. However, before winning that match, we saw him losing to unranked Belarus player Alexander Zgirovsky in straight sets.

It would be crazy not to assume Team Europe is going to win the 2021 Laver Cup. Not only are Bjorn Borg’s boys more talented than their opponents, but they’ve been playing superb tennis in recent times. Sure, this might not be the most important tennis event in the world, so we might not see them giving their utmost. Still, they definitely have the quality to beat the guys from Team World any day.