The Financial Intelligence Analysis Unit (FIAU) in Malta released its Annual Report 2019 showing a continuation of the upward trend in the number of suspicious transaction reports (STRs) since 2010. Led by remote gaming companies’ reports which accounted for 52% of the 2,778 total cases reported to the monitoring body and surpassed credit institutions, the total STRs set a 5th consecutive year of increase.

The number of STRs reported from the remote gaming sector for the observed period more than doubled year-on-year, from 700 in 2018, to 1,445 flagged suspicious cases in 2019, but the upward trend acceleration speed between 2017 and 2018 of more than 300% slowed. Still, the more than 100% increase in the sector reports beat the 65% increase in the total number of transactions.

STRs from the remote gaming sector were filed by 81 business entities, FIAU outlined in its analysis, pointing to an increase in the number of reporting companies by 29 compared to 2018. In addition, 36 of these 81 organizations which filed STRs during 2019 did this for the first time.

FIAU noted that despite the 55% increase in the number of entities from the remote gaming sector, 32% of the total STRs from the sector were sent by only 3 companies, attributing the other 989 suspicious cases to 78 firms.

In terms of reasons for filing a transaction for review, fraud dominated with 24% of the cases submitted to FIAU by remote gaming operators, way ahead of the other predicate offenses such as forgery, tax-related crimes, participation in an organized criminal group and theft.

More than half of the reports submitted for review from the industry contained no predicate offence, being justified as in the previous years by a behavior inconsistent with the known profile of the person. 47% of the STRs in the sector referred to such a behavior, while another 32% cited lack of sufficient documentation provided by the person.

STRs originating from the remote gaming sector had a very high international element and information FIAU received through these submissions accounted for 35% of the spontaneous intelligence reports the financial monitoring body shared with foreign financial watchdogs in 2019.

In addition to the cases flagged by remote gaming operators, casino licensees added another 34 STRs, up 42% compared to the 24 reported in 2018. Operators cited tax crimes, participation in organized crime groups, racketeering and illicit trafficking as suspected predicate offenses for the STRs they submitted, usually prompted by inconsistent behavior or adverse information not in line with the customers’ profiles.

Playtech Teaming Up with Swiss Casinos Group Through iPoker Network

MGA Asks The Industry for Feedback on the Provider Guidelines

The Malta Gaming Authority has asked all of the parties within the gaming industry, to wit operators, providers, and wider interest groups to comment their opinions on the Revised Audit Service Provider Guidelines. Depending on the results from the queries, the MGA might revise some of the points. MGA Thinks It Is Time to Revise […]

Esports Technologies to Open a New Office in Malta

Leading esports-oriented betting tech provider Esports Technologies has announced it will be opening a new European office. Located in Malta, the company’s new office will be fully equipped and ready to conquer the European market. A Part of the Team Will Move to the New Workplace Esports Technologies team members will start working from the […]

In efforts to limit the impact of fraudulent betting practices, Malta’s Gaming Authority has released an October 1 update to its suspicious betting rules. The new rules will now also apply to suppliers. Malta’s New Regulations Apply to Suppliers The previous rules of the MGA required betting operators to report any suspicious betting they come […] 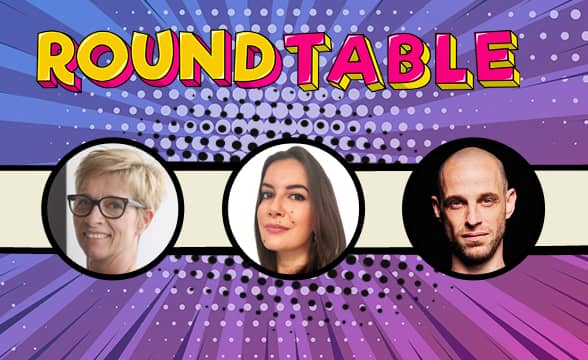 Roundtable: Is the Future Bright for Malta as an iGaming Hub?

Despite a rise in the number of licenses issued by the Malta Gaming Authority (MGA) in 2020, new license applications and total revenue dipped last year for the island’s regulator. Although Covid-19 will have been a factor, it does once again raise questions about the long-term future of Malta as an iGaming hub. While some […]

Malta-based online casino content developer Swintt entered into an agreement with Max Entertainment to add its games to the portfolio of titles available across the latter’s brands in all Malta jurisdictions. We put content at the heart of our online casino brands and that is why we go to great lengths to partner with the […]

Malta was once seen as a great location from which to operate a number of industries, including gaming. It still is, to some degree, but recent reports about instability at the local level might be making some operators nervous. After the Financial Action Task Force (FATF) put the Mediterranean hot spot on its grey list, […]

The Malta Gaming Authority revealed that it has revoked the license of Evobet Limited. The reasons for the cancellation are laid on MGA’s site as the inability on the operator’s side to abide by the gambling regulations and pay its regulatory fees. Thus the MGA has referred to article 10 from the Gaming Compliance and Enforcement Regulations […]

As Malta continues to try to clean up its image in the gaming industry, it’s going to have to deal with a new problem. An iGaming company registered in the country and licensed by the Malta Gaming Authority (MGA) is now the focus of unwanted attention. Bet90 Sports is in the crosshairs after it was […]

Supplier of online casino products Wazdan announced today that it entered into a partnership deal with Twin Casino to further expand its global reach. Wazdan Enters Malta The agreement reached between Wazdan and Twin Casino will make the supplier’s full collection of more than 140 games, among which its recent releases Fortune Reels and Midnight […]

The Malta Gaming Authority (MGA) has recorded one of its highest growth rates in value, compared to other sectors, but it reports less contribution to the island’s economy. MGA Sees 2020 as an Exceptional Year In its detailed Annual Report and audited Financial Statements for the fiscal year, which ended on December 31, 2020, MGA […]

Soft2Bet has acquired licenses for two of its brands, YoyoCasino and Campobet, from the Malta Gaming Association (MGA), strengthening its position on the European market. Campobet and Yoyocasino Receive MGA Licenses Soft2Bet’s brands Campobet and YoyoCasino have received licenses from the Malta Gaming Association (MGA) and have been considered the “best performing brands in Europe.” […]

A global anti-money laundering (AML) regulator voted to include for the first time to its grey list a country member of the European Union. First EU Member on the Greylist Members of the Financial Action Task Force (FATF) decided shortly after 2.30 pm Wednesday to greylist Malta and put it in the same category as […]

UEFA to Weigh in on Hamrun Spartans Match-Fixing Penalty

Hamrun Spartans are now faced with a potential penalty related to an old match-fixing case that could leave them out of the Champions League for the season. Match-Fixing Coming to Haunt Hamrun Spartans  A bad decision in the past can easily catch up to you in the present, and that is precisely what is happening […]

Match-fixing issues never seem to stop. Just some weeks ago, tennis player Roman Khassanov was found guilty of match-fixing, and now Maltese football club Attard FC’s former committee member, Rudgear Scerri, admitted to having engaged in similar underhand practices. This resulted in the football team receiving a nine-point penalty for the next season and the 21-year-old committee member receiving various […]