Additionally, Flutter pointed out that its sports revenue increased as well during the third quarter of this year. In total, Flutter’s sports revenue in Q3 2022 hit £1.14 billion ($1.31 billion), marking an increase of 26% from the £906 million ($1.03 billion) reported for the corresponding period in 2021.

“We are really pleased with our performance in our US division since the start of the NFL in September where we are now averaging over 1m players on a regular NFL Sunday. In addition, we are seeing an increase in customer retention rates as our parlay products continue to grow in popularity, boosted by the start of the NBA season.“

Flutter’s chief executive, Peter Jackson, said that the company enjoyed a solid performance in Q3 and reported strong revenue, as well as an increase in the average monthly players. He added that the company’s US-facing operations continue to deliver strong revenue and enjoy increased levels of player retention and acquisition. Finally, Jackson acknowledged that Flutter is positioned well for further growth thanks to its growing customer base and geographic diversification.

“As we look ahead our product and geographic diversification, as well as our recreational customer base, position us well for future growth,“

Flutter provided a breakdown per market revealing that its operations in the US have seen a significant uptick. The revenue from the company’s US market segment in Q3 this year hit £598 million ($684.8 million), marking a significant growth of 114%.

The company’s international operations also saw an increase in revenue, reporting £466 million ($533.7 million), up by 56% when compared to the £299 million ($342.4 million) result from Q3 last year. Within the UK and Ireland, Flutter reported a slight increase in revenue. While UK and Ireland online revenue increased by 5% to £443 million ($507.3 million), the revenue from the retail operations dipped slightly by 3% to £66 million ($75.6 million).

In contrast to the overall positive results, Flutter’s revenue in Australia decreased by 14% to £319 million ($365 million) from £370 million ($423.4 million) in Q3 last year. The company said that the decline reflected “lower levels of player engagement compared to the prior year when more than 60% of the country was in lockdown, combined with high levels of weather-related racing disruption.” Despite the dip in Australia, Flutter kept a leadership position within the growing US market. The global company pointed out that FanDuel is currently the number one sportsbook operator in the country with a 42% market share. 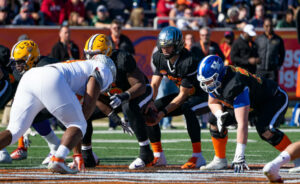 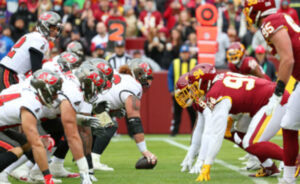