Leading sports betting and gaming group Flutter Entertainment announced yesterday it entered into a conditional agreement to acquire the 37.2% stake in FanDuel held by Fastball Holdings, for $4.175 billion, subject to approval by its shareholders. Flutter is expected to convene an extraordinary general meeting before the year end.

The agreement with Fastball which stake at FanDuel is valued at £133.50 per share involves a combined payment of $2.088 billion in cash and 11.7 million new Flutter shares issued directly to Fastball. Upon completion of the transaction, Flutter will hold 95% of daily fantasy sports (DFS) and sports betting brand FanDuel, with the remaining 5% owned by Boyd Gaming.

The deal affects another US-facing operator and brand in Flutter group, Fox Bet, as it terminates any Fastball interests in the operator, Peter Jackson, CEO of Flutter explained. The transaction agreed now was initially envisioned in May 2018 as part of the original purchase of FanDuel, when a mechanism for two tranches in July 2021 and July 2023 was put in place to facilitate the sale of Fastball’s 37.2% stake.

The initial timetable has now been accelerated to avoid further uncertainty and complexity for the business, Peter Jackson outlined, pointing out that Fastball receives a considerable return on its investment in FanDuel. In July 2021, Fox Sports will be offered the option to acquire 18.5% in FanDuel at fair market value and under the same terms and valuation that would have applied to Fastball had the timetable not been accelerated.

In another release yesterday, Flutter announced a proposed placement of new ordinary shares priced at €0.09 to raise approximately £1.1 billion ($1.48 billion). The placement aimed to satisfy the cash element of the payment to Fastball will  be  conducted  through  an  accelerated  bookbuild  which  will  be  launched immediately  following  the  announcement  and  will  be  made  available  to  new  and existing eligible institutional investors. Goldman Sachs International and J & E Davy will act as joint global coordinators and joint book-runners for the placement.

According to further details released by Flutter today, approximately 8 million new ordinary shares in the company have been placed by Goldman Sachs International and J&E Davy at a price of £140.00 per placing share, or €155.44 for those institutional investors who have elected to settle in the single European currency.

The new shares represent approximately 5.2% of all issued share capital prior to the placement, and the placing price is at a 3.4% premium compared to the intra-day price at the time of the launch and at a 2.1% discount to the daily close December 3, 2020 price.

The capital raised by the placement does not cover in full the cash element of the payment to Fastball, hence its partner Fox Corporation committed to invest further in a strategic partner investment as part of the ordinary share placement.

Betcris Teams with BWW in Mexico to Gain Access to Bettors

FanDuel is shining the spotlight on golf as one of North America’s biggest sports betting companies is choosing to go for a tailored approach to promoting its market and driving interest in them. FanDuel Puts Emphasis on Golf Contests As a result, the company introduced a new commercial that will feature Jordan Spieth, a three-time […]

Sports wagering ads are on the rise with TV commercials featuring sports gambling products increasing exponentially according to a new survey by iSpot.tv. TV and ad spending has risen three-fold during the last nine months, with some $282 million dedicated to pushing gambling ads involving sports on televisions across the United States. Brands Willing to […] 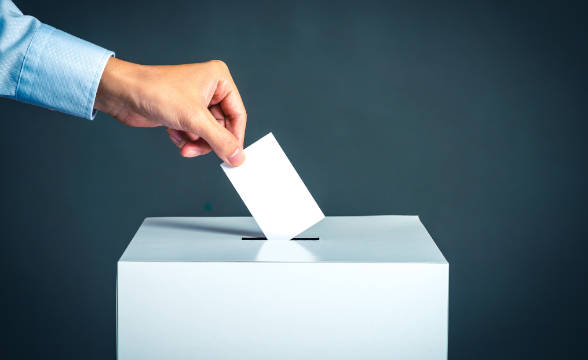 Flutter Entertainment, the parent of sports betting and gaming brands worldwide, including FanDuel in the US and Betfair in the UK and Ireland, announced in a filing to the exchange and the Central Bank of Ireland that Parvus Asset Management is now holding more than7% of the voting rights. Equity Swaps and Put Options Sending […]

Global gambling group Flutter Entertainment is tearing a 20-year relationship with accountancy KPMG to comply with EU rules and is switching to its Big Four rival, Deloitte, starting from 2024, The Times reported. Merry-Go-Round among the Big Four Irish-headquartered Flutter Entertainment was forced to undertake the switch due to EU listing rules which require listed […]

The global sports betting, gaming and entertainment provider, Flutter Entertainment plc, announced its financial results for the three months that ended March 31, 2022. On Wednesday, the company said that in Q1, 2022, it has seen growth, primarily driven by the outstanding performance of its US-facing operations. Flutter Sees Strong Revenue for the First Quarter […]

Flutter Entertainment has decided to strengthen its board of directors by adding Carolan Lennon as a non-executive director. This announcement comes after Michael Cawley announced in February that he will be stepping down, together with fellow director Zillah Byng-Thorne. Lennon’s Appointment Will Be Effective on July 1 Although the main news of the annual general […]