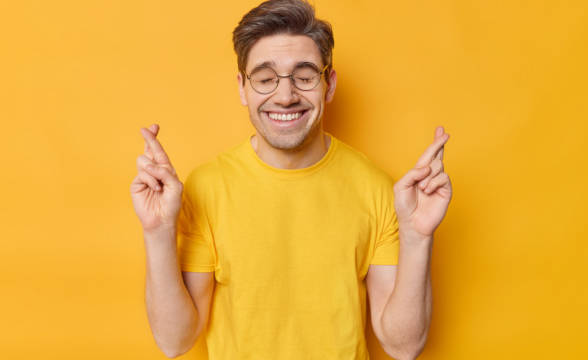 Gambling rituals are a natural part of the sports betting experience – but not all people participate in those. Even though gambler fallacies have been proven to never work, people still enjoy engaging in those ritualistic experiences prior to placing a wager – as if they can cajole Dame Fortune into favoring them on any given day. A new study examining this phenomenon has found that this type of superstition only applies to male bettors.

In fact, men are the only group who exhibit such behavior. Essentially, a man is more likely to engage in a gambling ritual of sorts and psychologists think that this is due to men’s innate desire to “stay in control,” something that clearly isn’t always the case with sports betting. So, “hard-fact driven males” are reduced to a superstitious lot ready to do pretty much anything that they believe would somehow influence their luck.

Psychologists also examine the possibility of men trying to create a sort of psychological defense against unknown outcomes and random events. This though has a deeper bearing on gambling, as men can end up participating in irrational rituals that affect their decision-making without any credible evidence. Speaking to NBC News, Erasmus University Rotterdam researcher Xiaoyue Tan explained some of the physiological and mental processes observed in men who give in to the gambler fallacy:

Superstition suggesting that good luck is ahead may increase men’s expectations of ‘beating the odds,’ decrease anxiety, provide a justification for a risky choice, and consequently increase men’s risk-taking behaviors.

Tan, who is the lead author in the study, used a randomized test that claimed it was based on a participants’ birthday dates, favorite colors, and so on but was purely randomized. The test – introduced in a form of an app – helped build up people’s confidence by introducing supposed “good fortune” conditions that could impact the bettor’s luck in the participant’s own belief.

Men’s Beliefs Put to the Test with Money

Men seemed to be betting more heavily when they thought that “fortune favors” them, but then again – the study was conducted with make-believe money. Tan, though, wants to create a testing protocol whereby subjects can be tested when betting with real money. Tan also explained that the lack of superstition-driven gambling in women could be simply because women are more averse to financial risk whereas men pursue such opportunities more aggressively based on established research.