The Swedish gambling operator Betsson has released its Q4 2021 results. The company did hit its financial objectives but had a tough time in Europe.

Looking at Q4, the company saw a 10% year-on-year decrease in its revenues, ending the quarter with revenue of $172 million. Betsson’s Q4 EBITDA decreased by 34% to $22.6 million, and its net income declined to $20 million.

Betsson Casino’s revenues plummeted to $125 million – a 9% decrease compared to 2020. The financial hurdles were largely contributed to Betsson’s exit from the newly-regulated Dutch market and the company’s need to adjust to Germany’s new gambling rules. The two aforementioned markets cut Betsson’s Western Europe revenues in half, yielding the company only $21.6 million from the region.

Despite the Dutch and German markets being responsible for most of Betsson’s difficulties, the company saw an 8.4% revenue drop in its native markets. It was noted that there were some payment challenges in Norway, as well as a temporary loss of performance in Finland.

The tendency of revenue decline also hit Betsson’s Sportsbook which saw sports betting revenues drop by 11% compared to Q4 2020. The company described October 2021 as a particularly difficult month for its business.

The Company Prevailed in the End

Despite suffering some pretty heavy blows, Betsson still managed to achieve its financial objectives for the trading period. The company said that its diversified business model was a key asset in mitigating the damage in the European markets.

Pontus Lindwall, the president and chief executive of Betsson Group, spoke about the results. He pointed out that the European gambling regulations are currently undergoing a major restructuring and that some losses were inevitable.

“The fourth quarter of 2021 began in a headwind. This was partly due to an exceptionally low sportsbook margin in October following an unusually high number of instances of favorites winning, especially in football.”

However, Lindwall added that Betsson’s experience helped to relieve some of the harm. Taking a look at the bigger picture, the company still saw an overall 4% revenue increase throughout the whole year, ending 2021 with total revenue of 720 million. Its EBIT also saw a 6% increase to $128 million with Betsson’s final net income sitting at $108 million.

The year saw Betsson increase its influence in various markets, which helped the company relieve some of the Q4 damage. Lindwall added:

“2021 was another year where we could see the importance of a strong global and diversified product portfolio featuring local expertise and strong brands. The year 2022 will entail continued investments both in technology and the existing product portfolio.” 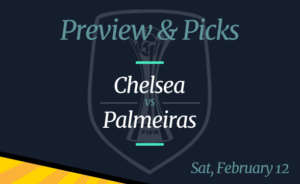