PAGCOR has teamed up with Clarion Gaming and SiGMA to host a first-of-its-kind gaming expo in Manila, the Philippines in June, 2020.

PAGCOR, the Philippine Amusement and Gaming Corporation, has struck a landmark partnership with Clarion Gaming and SiGMA in a bid to bring a major gaming trade exhibition to Manila, the Philippines capital.

As a result, PAGCOR will play host to the first edition of the Southeast Asia (SEA)-focused event which will unite SiGMA Manila and ICE under the SiGMA brand. The event is scheduled for June 8 through June 9 and will take place at the SMX Convention Center, next to Conrad Hotel.

The inaugural event will have an interesting twist, focusing not only on gaming, but also blockchain markets.

Blockchain has become a leading platform for many casinos seeking to decentralize and create more reliable gaming solutions for consumers.

Meanwhile, the B2B pow-wow will discuss developments in both the land-based and online gaming sectors. Ultimately, the PAGCOR, Clarion and SiGMA will seek to bring an international crop of affiliates, operators, regulators, suppliers, and blockchain companies.

SEA Expo to Bring Together Industry Leaders and Workers

To put things in numbers, SiGMA expects 10,000 professionals, executives and industry insiders to arrive for the upcoming event. A PAGCOR spokesperson had this to say:

We are positive that our collaboration will encourage regional and international investment in the Philippines, and punctuate the presence of PAGCOR in the international gaming map.

According to Clarion Gaming’s Kate Chambers, the inaugural event will satisfy the needs of the Asian gaming community, which has been lacking a more inclusive industry event for a while now:

“Business development is driven by productive partnerships such as the one that we have in place with PAGCOR,” Chambers explained. “I am extremely grateful for PAGCOR’s support and look forward to establishing a long and productive relationship.”

Eman Pulis, founder of SiGMA Group expressed a similar sentiment. According to Pulis, bringing together so many experts in Asia would help boost the community. He further said that Manila and SEA in general had a ‘strong entrepreneurial spirit.’

While true, SEA has known a few thorny problems of its own. POGOs, the Philippines offshore operators are facing tougher regulatory measures over continuous tax evasion. Cambodia has decided to ban casinos, although no final decision has been achieved.

According to the World Bank, Cambodia is actually benefiting from the construction work surrounding new casinos.

Challenges Ahead of Asian Gaming

The expo will focus on affiliates and industry developers, including companies, software makers and affiliates. Yet, given the region’s climate, land-based projects in South Korea and especially in Japan will also be part of the daily agenda.

Japan’s expected to host three Integrated Resorts (IR), and the first project will be coming by 2025. The project has been meticulously planned by the Japanese government, with each step inspected by local and national authorities.

The first of the IR will offer immense opportunities for the region. In fact, the project may as well be the most important initiative in the casino world to date, as it will draw overseas and regional operators in a bidding war to be among the first to own a property on the premises of the integrated resorts, and build the resorts as well. 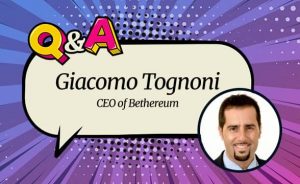 Next Article
Casino December 2, 2019
First-Ever PACOOP Off to a Great Start